The Phoenix Suns are right at the 2013-14 salary cap and have very little room for maneuvering. However, a closer look at the team's salary situation reveals that there are a plethora of options to optimize cap flexibility over the next couple years.

Much like any other professional sports league, the NBA is as much a business as it is the greatest mass display of the sport of basketball. The new Collective Bargaining Agreement, ratified in December of 2011, is the contract between the NBA and its players that dictates the rules that the league, its teams, and its players must adhere to. Specifically, every NBA team is subject to certain financial restrictions that ultimately affect its success. Therefore, it is important to understand the relative standing of a team's salary situation in order to analyze its future opportunities for success.

The Phoenix Suns are currently in the midst of a very important transition period. The Suns' roster already looks significantly different that it did just a couple months ago, thanks in large part to new GM Ryan McDonough. As the team looks to continue and accelerate the rebuilding process, it hopes that the final result will yield a squad that can compete at an elite level for several years. Therefore, effective salary cap management is not just necessary, but crucial to the future success of this Suns team. A look at current and future Suns salaries reveals that the team will have many options to optimize future financial flexibility (for further information on the NBA salary cap, check out the CBA Salary Cap FAQ and my recent piece on how the 2013-14 salary cap affects the Suns).

In an effort to play the role of resident "capologist" here at Bright Side of the Sun, I compiled the spreadsheet above of the Suns' salary situation, which I will update and maintain as the team makes personnel changes (a link to the full spreadsheet can be found here). Most of the salary data was obtained from ShamSports and Hoopsworld.

As can be seen above, the Suns currently have 15 players on their roster with a total salary amount of $58,290,564, which leaves them just a hair short of the 2013-14 NBA salary cap. This means that as things currently stand, the Suns have very little room to maneuver in terms of team salaries or free agency. The team does have the "Room Exception" at its disposal, which would allow them to use a $2.652 million exception to sign a free agent. However, there's really no reason for them to go beyond the salary cap to sign an additional player. The Suns essentially lack the cap room AND the roster space to add any player without first getting rid of a player or two.

The Suns lack the cap room AND the roster space to add any player without first getting rid of someone.

The prime suspects to be included in any possible Suns trades throughout the course of this season are Marcin Gortat, Luis Scola, and possibly Shannon Brown. Gortat is one of the team's most valuable yet tradeable assets due to the simple fact that he's probably more valuable to a team that is currently better than the Suns are right now. Scola is in the same boat as Gortat, though his value is lower. Brown currently has no place on this team and his expiring contract could prove to be useful to a contending team that might value his services off the bench (or he could be included as trade filler). Caron Butler (expiring) could also potentially be moved at some point in this upcoming season.

In any trade, the Suns would have to take back equal or less salary than they send out. After the Bledsoe and Butler for Dudley trade (which added about $6 million to the Suns' payroll), the team can no longer afford to take back additional salary in lopsided trades. The team also doesn't have the roster space to execute another two-for-one trade (like the Bledsoe trade, once again). The best bet for the Suns is to package two or more of the team's players for one player or expiring contract (and/or draft picks). A deal like that would free up cap space for this year and beyond and it would create a roster spot or two for the Suns to sign an additional player if need be (one of the member of the Summer League squad, for example).

Looking at the Suns' salaries in future years, several things stand out. The team currently has three major expiring contracts in Caron Butler, Marcin Gortat, and Shannon Brown. Furthermore, Michael Beasley and Luis Scola's contracts are only partially guaranteed for the 2014-15 season. Although the absolute guaranteed total salary figure for the 2014-15 season is $15,594,880, we can assume that Channing Frye will pick up his player option for that season and that the team will pick up the team option on at least one or more of Kendall Marshall and the Morris twins.

Once you factor in the extension that Eric Bledsoe will receive from the team, the Suns will be looking at anywhere between $15-25 million in cap room in 2014 (depending on trades, 2014 draft picks, and decisions regarding the team options). If the Suns elect to retain their cap room next year and head towards a 2015 reset, the team could potentially have more than $40 milion in cap room the following year if Eric Bledsoe, Alex Len, and Archie Goodwin are the only players with contracts through that year.

Even though much of this is largely hypothetical (anything can happen between now and 2014 to dramatically alter the team's cap situation), one can see that the Suns are well-equipped to optimize cap flexibility in the future. Although they are capped out for this NBA year, they will have significant cap space over the next couple offseasons to accelerate the rebuild. The team will probably be looking at a high 2014 draft pick and cap space for one max contract that year or multiple max contracts the following year. 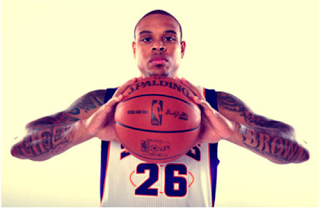 However, there are definitely several reasons why keeping Brown is possibly better for the Suns' situation. Had the team waived him, they would essentially have paid half of his guaranteed salary just to get rid of him. Instead, they are now paying his full salary not necessarily just for his on-court services, but also for the right of control over him and his contract. The Suns now have the entirety of Brown's $3.5 million expiring contract on their books, which, believe it or not, could actually be an attractive asset to several teams. Moreover, they can now include Brown as part of a bigger deal in order to package multiple players and match salaries in a potential trade (like a 2-for-1 deal I referred to earlier). Furthermore, Shannon Brown is still an NBA rotation player. He may be of no use to this particular Suns team, but several other teams could find his skills (and his contract) useful.

Basically, there is almost always more value in paying a guy $3.5 million and having control over him than paying him $1.75 million just to get rid of him. 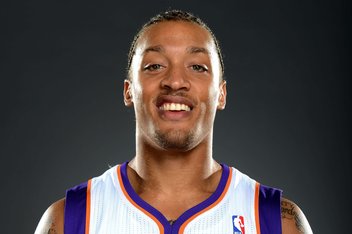 Just a short year ago, many Suns fans were filled with excitement and hope that the enigmatic Michael Beasley would perhaps find a way to effectively and consistently unleash his "talent" and finally find a home in Phoenix. Fast forward to today and a large population of Suns fans are eager to chase him out of town, calling for the team to cut ties with him immediately. Although I agree that Beasley most likely doesn't have a future with this team, I argue that it makes more sense for the Suns to hold onto him for another year.

If the Suns waived Beasley today, they would take a cap hit of $6 million for the 2013-14 season and $3 million for the 2014-15 season (Beasley's 14-15 salary is only guaranteed for $3 million). If the team elected to use the stretch provision on him, his remaining guaranteed salary of $9 million would be paid in installments over the next five years, resulting in a cap hit of $1.8 million every year through the 2017-18 season.

If the Suns instead kept Beasley through this season, they could waive him outright in the 2014 offseason and only incur the $3 million cap hit resulting from his remaining guaranteed salary. They could also stretch his salary next year, which would result in the $3 million being paid over the course of three years, meaning that the team would take a cap hit of $1 million every year through the 2016-17. This means that the Suns would take a smaller cap hit per year AND for fewer years if they just keep Beasley through this season.

As can be seen, retaining Michael Beasley for one more year is actually much more beneficial to the Suns' financial future than it would be to waive or stretch him during this offseason. There is also the (incredibly small) chance that Beasley, in limited minutes, enjoys success on the court as a stretch four off the bench. Regardless of how the Suns plan to use him (or even if they don't want to play him at all), it makes more sense for the team to keep him around for another year. Sorry, Suns fans.

What about Luis Scola? 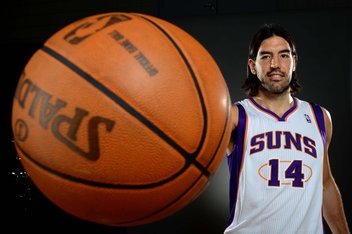 Luis Scola's contractual situation is a bit different from the previous two examples. Claimed off amnesty waivers by the Suns last year, Scola finds himself as a 33 year old veteran stuck on a rebuilding squad. Scola's contract is a bit trickier than Brown's or Beasley's. He is set to make $4.5 million this season and although his full salary for the 2014-15 season is about $4.9 million, only $941K is guaranteed, with potential to increase to $1.441 million based on number of games played.

Only $941K of Scola's final year salary is guaranteed.

This means that Scola is essentially almost an expiring contract this year since he's only due less than $1 million next year. That makes him a much more attractive option to contending teams that might want to trade for him this season, knowing that they wouldn't have to pay the full $4.9 million salary to a 34 year old Scola in 2014. If the Suns hang onto him for this entire season, he could also be a very interesting trade chip during the next offseason due to his non-guaranteed salary. This useful caveat of his contract makes Scola a somewhat valuable asset to have in possible trades. Due to this fact (as well as the fact that this Suns squad really doesn't need someone like him), I think Scola is the most likely Suns player to be traded.

The Importance of Cap Space

Although the team is set up to have significant cap room in the future to go along with some solid pieces in Dragic, Bledsoe, Len, Goodwin, and a high 2014 pick, the trick lies in effective management of that cap space. Ample cap room can be a a double-edged sword: just as proper salary management can turn a rebuilding team into a contender, irresponsible use of cap space can set a team back for several years. Suns fans can remember the malaise we felt in the summer of 2010 when the team used up significant cap space on the likes of Hedo Turkoglu, Josh Childress, and Hakim Warrick.

The Suns are definitely in a better place now as a franchise than they have been at any point in the last couple years. Ryan McDonough has the team heading in a great direction in this rebuilding period. It all starts with adding a couple major pieces through the draft (Alex Len and Archie Goodwin this year, ? next year), is accelerated by acquiring undervalued young talent through shrewd trades (Eric Bledsoe), and will ultimately be "capped" off by effective management of the team's future cap space. Although patience is definitely required, the future looks to be bright, and that is something that Suns fans haven't been able to say since 2010.