The only two undefeated teams in Vegas duel in a battle to crown the first-ever Summer League Champion. Tune in at 6pm PDT to witness history. Photo credit: @Ed_2da_Werd 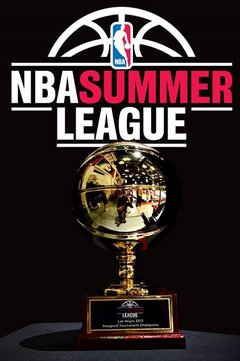 Clash of the Titans

Although neither of these teams has lost a single game in Vegas this year, a team statistical comparison reveals that each has achieved success with different styles. The Suns' offense this summer has been crisp and on-point, averaging a Vegas-leading 93.2 points per game. Moreover, the team is shooting the ball extremely well from the field and the three point line and is playing stellar team ball, averaging 17.7 assists per game (although they are turning the ball over at an equally high rate).

The Suns' summer squad boasts a roster replete with NBA-worthy talent. PJ Tucker is playing like a seasoned veteran this summer, complementing the young guys well but also putting his foot down and downright dominating whenever he feels the need. The Morris twins have performed very well, shooting the ball, scoring, and hitting game-winning shots (and unfortunately, fouling) at a great rate. Kendall Marshall continues to struggle statistically, but has at times shown tremendous poise when running the team's high-powered offense. And of course, Archie Goodwin has been one of the most sensational rookies in Vegas (with plays such as this).

The Suns also have some great reserves in Dionte Christmas, Diante Garrett, Chris Babb, and Arinze Onuaku, all of whom have played arguably well enough to earn a roster spot. The problem is that the Suns' actual roster is already pretty packed with 15 guaranteed contracts. It will be very interesting to see if the team makes any moves to free up a roster spot or two.

On the other side, the Warriors haven't been the most efficient team. However, they are a great defensive squad that also has solid talent on their roster. Kent Bazemore has been lighting up the Summer League to the tune of nearly 19 points, 5 rebounds, and 3 assists per game. He's also getting help from Draymond Green, the Warriors' second round pick from 2012 who was a rotation player for them last year, playing an integral role in their playoff run.

Other notable names include former Iona College point guard Scott Machado (who has started every game for Golden State despite shooting a ridiculously low 18% from the field and 8% from three - wow), guard Cameron Jones (a D-League standout), shooting guard Ian Clark (an undrafted rookie who led the Miami Heat's Orlando Summer League squad in scoring), along with big men Dwayne Jones (who was actually on the Suns' regular roster for a bit in 2010), and Gary McGhee (a center from Pitt who spent the last two years playing in Europe).

What to Watch For

- Kent Bazemore vs. Archie Goodwin: This will be the matchup of the game. Goodwin, already the new favorite player of many Suns fans, will have to try and keep Bazemore, one of Summer League's highest scorers, in check. Bazemore is also a good defender so Archie will have to bring his best tonight. This should be a great litmus test for the 18 year old.

-Suns front-court vs. Warriors' front-court: The Suns' front-court has a clear advantage here with actual NBA talent in Tucker and the Morris twins, whereas the Warriors only have Draymond Green and a couple of fringe-NBA big men.

-Kendall Marshall: Marshall has received much criticism for his supposedly lackluster performance thus far in Summer League. While he's by no means blowing away his competition, I think he has shown a lot of promise in his ability to lead the team and run a fast-paced offense. He has also displayed better touch as a spot-up shooter, knocking down one three pointer per game while shooting 50%. He'll be facing Scott Machado in this game, who's a quick point guard but is really struggling with his shot.

-Which reserve will make the team? As mentioned earlier, the Suns have 15 players under contract for the upcoming season. Pending a trade to get rid of some players, they have absolutely no roster space, though they can invite players to their training camp. This likely means that Christmas, Garrett, Babb, Onuaku, and Oriakhi are all competing for one available spot on the team's final roster. Personally, I like Christmas (versatile, do-it all guard, will be 27 soon), Babb (undrafted rookie, very good 3-point shooter, solid defender), and Onuaku (a big body that can be useful at the end of the bench as a 12th man, as well as in practice). Let's see which of them steps up tonight.

Why Does This Matter?

Many people are wondering why summer league success even matters. Both of these teams have been seriously competing to do well in the first-ever Summer League tournament. Truth be told, what happens in Summer League should be relatively inconsequential - you should never extrapolate conclusions from overreactions to Summer League play. So what could be the point in trying to win meaningless games?

For these teams, it's all about setting a tone and a mindset. The Golden State Warriors have not lost a summer league game since 2011. The actual Warriors team is coming off a successful year which saw Steph Curry break out into a bonafide star in the league, leading his Warriors team to the second round of the playoffs before they ultimately lost a competitive series to the San Antonio Spurs. Having signed Andre Iguodala in the offseason, they hope to accomplish even greater things in the upcoming season. For them, Summer League is about setting a winning mindset and culture that they can carry with them into the regular season.

The Phoenix Suns are also taking Summer League very seriously, albeit for slightly different reasons. The team has a vastly remodeled front office, with a new General Manager and Head Coach that want to lead Phoenix out of the purgatory it has been stuck in for the last few years. They know that the players and fans are starved for success and that a great showing in Vegas can bring at least a little bit of excitement back to the team, something it desperately needs as it continues rebuilding and experiencing growing pains. In an interview with Hoopsworld two days ago, Markieff Morris said, "It was terrible" when asked about the trials of last year's losing season.

Our own Dave King said it best:

I hope Suns fans just enjoy the moment without over analyzing other scenarios. Suns are 6-0. Smile big.

There you go, Suns fans. Just watch the young guys play and enjoy what you see. Tune in at 6pm PDT to witness what could possibly be the first championship in Phoenix Suns history.