New Phoenix Suns guard Archie Goodwin is ready to attack the NBA without conscience. He has a clear vision for his future and that does not involve being a mere role player, which is predominantly the ceiling of a 29th overall pick.

Archie Goodwin's own vision for his NBA future with the Phoenix Suns is brighter than any of us have opined since watching him excel in Summer League. When we spoke at the Suns' recent jersey-reveal Fashion Show, Goodwin appeared more at ease with the media than the kid I interviewed just two months ago before Summer League started.

"It wasn't a surprise to me how well I played," Goodwin said of Summer League. "It was a surprise to everybody else. I just feel like I got the opportunity to do the things I was able to do and I showcased it."

Goodwin doesn't pound his chest or squint his eyes at you when he speaks. He is quiet and respectful, though his answers clearly suggest he has a lot of self-confidence.

"Archie's going to pick up on things," Hornacek said before SL even began. "He's got that ability to get to the basket. But when he really attacks the basket, not just think shot. He's got to think ‘is it open for the shot?' If not, do something else.

"And those are things that are a little different in the NBA. Things collapse a little bit quicker than in college. In college, once you make the turn those guys can pretty much get to the basket with no problem. In this league, they get around that turn and all of sudden, in their heads they're thinking "I'm gonna get to the basket" and all of a sudden it's closed off.

"They'll adjust to that."

Goodwin was able to attack the basket easily in Summer League. He often drew the foul when he wanted. Goodwin amassed 48 free throw attempts in just 7 SL games (6.8 per game), accounting for nearly 1/3 of his 13.1 points. He led the team in attempts, besting teammate Marcus Morris by 14, but only got to the line 7 times in the last two games combined as teams began to play for the drive.

He also passed the ball a bit, but his assist numbers were lower than they might have been because guys weren't making the shots after Goodwin's dump off. Goodwin finished SL with less than 1 assist per game.

"It wasn't what I learned about myself," Goodwin said of SL. "It was moreso what I showed everybody else. I was showing everybody else I could do more things than they thought I could."

Like, hitting 57% of his three point attempts after making less than 30% of them in college? When he commented that he likes the sleeved jerseys they wore in SL, I quipped that the sleeves might have helped his shooting range. He didn't take the bait.

I asked Goodwin what drills he's working on since Summer League, hoping to hear some insights into a summer program designed to add new skills to his repertoire. We often hear that players improve their games during the summer, that it's too late once the season starts to learn a brand new skill.

But Goodwin gave an answer similar to Bledsoe's answers on the same question.

"It's not one aspect," he said of his summer work. "I'm not a one dimensional guy. I just want to get better in every aspect that I can."

When asked if Hornacek had left him with a task list or workout schedule, he replied in the negative.

"Not specifically," Goodwin said. "He knows I'm a gymaholic. He's knows I'm going to get in and work on the right things. Once he gets here I'm sure he'll have his set things, but he's not here right now so I'm just working on things that I know personally I need to get better at."

Asked about his expectation for a rookie season in which he will be the youngest player in the NBA, Goodwin was quiet but confident.

"We'll see," he said. "I always feel like I'm the best player on the court no matter who's on the court. It's just a matter of me taking care of opportunities." 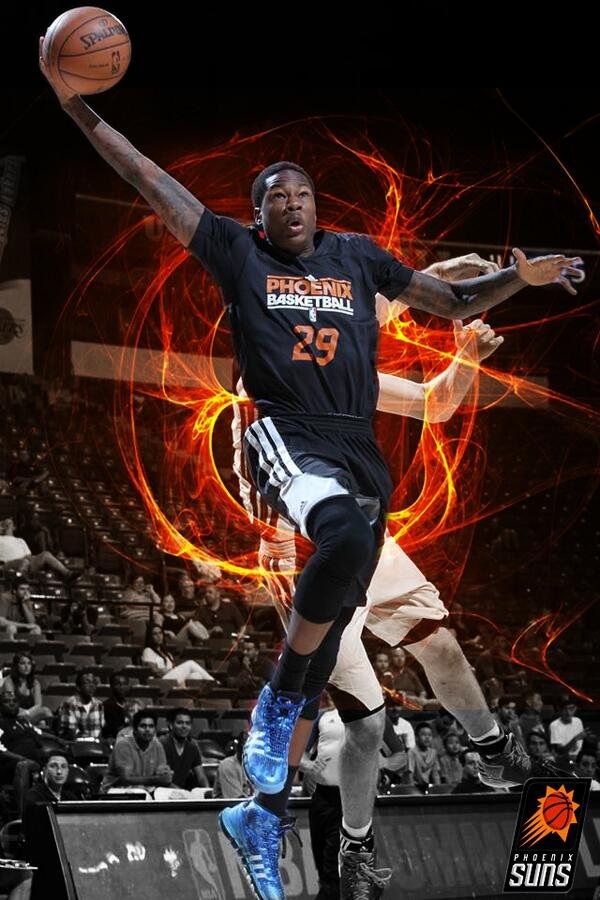 That may sound like empty machismo, but there's not a player in the NBA or any professional sport who would say otherwise when asked where he fits among his peers.

Goodwin has the body type, the demeanor and the skills to excel in the NBA. He is a willing and talented defender who can attack the basket and draw fouls. He can absorb contact and use it to his advantage. Those two skills will get him playing time in the NBA all by themselves. At the very least, Goodwin showed in Summer League that his game belongs in the NBA and that he has no physical weaknesses to hold him back.

NBA skill development guy and ESPN contributor, David Thorpe, had this to say after SL: "Someone needs to explain to me how Archie Goodwin of Phoenix dropped so far in the draft. How can someone that young, that quick, that long, and that energetic fall that far? GMs will have some explaining to do, as will lots of scouts."

If Goodwin can add a consistent three-pointer, a floater in the lane and start to pick his head up on drives to the hole for easy dump offs to keep the defense honest, then the league may just be looking at a new star.

A new star that somehow dropped to 29th overall in the "weak" 2013 NBA Draft.