Capology Update: Phoenix Suns are $5.2 Million Under the Salary Cap after Butler Trade

After the Caron Butler trade, the Phoenix Suns are sitting pretty with a good deal of immediate cap room and flexibility. Let's take a look at what the team's cap situation is now like.

Share All sharing options for: Capology Update: Phoenix Suns are $5.2 Million Under the Salary Cap after Butler Trade

When the Phoenix Suns acquired Eric Bledsoe and Caron Butler earlier this summer, much was made of GM Ryan McDonough's "man-crush" on Caron Butler. With the Suns' recent decision to send Butler to Milwaukee for Vyacheslav Kravtsov and Ish Smith, McDonough actually revealed that his true infatuation is not with any one player, but with the idea of flexibility.

True, the Suns did unload a veteran leader on an expiring contract for two largely no-name players (one whose name is a nightmare to pronounce, while the other's is hilariously easy). However, this trade was not about either of these two players, but about a third, mostly invisible and underrated entity: flexibility. The Suns are now under the salary cap and have the luxury of financial flexibility, something that will be sure to help them in future trade negotiations this season. The Phoenix Suns will now be entering the Vyacheslav Kravtsov and Ish Smith era with a solid foundation of assets, flexibility, and tankability. 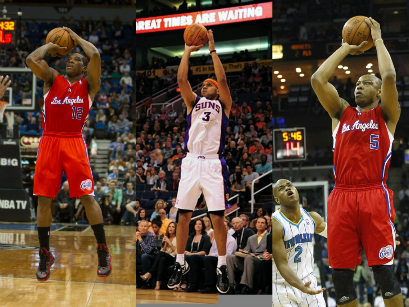 Back in July, the Phoenix Suns traded Jared Dudley and a second round pick for Eric Bledsoe and Caron Butler. It's easy to forget that the reason the Suns were even able to throw their hat into negotiations for Bledsoe was because they were equipped with the cap room to facilitate a three-team deal. In order for the Clippers to upgrade their wing talent by acquiring Dudley and JJ Redick from the Bucks, they had to unload Caron Butler's $8 million contract to a team. At the time, the Suns were approximately $6 million under the salary cap, which allowed them to take Butler's contract, which was the price (along with Dudley) for landing Eric Bledsoe.

This trade put the right at the 2013-14 salary cap, giving them relatively little flexibility heading into the season. This is exactly why the team turned right back around to trade Butler to another team under the cap. 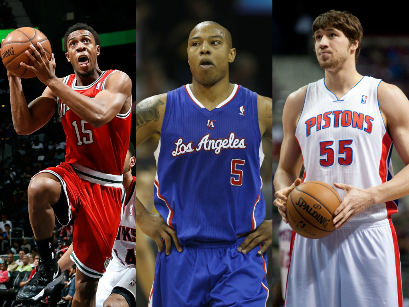 When the Suns announced their trade sending Butler to Milwaukee for Smith and Kravtsov, many fans were left wondering why the team traded a projected starter for two players that may not even make the final roster. After all, wasn't Caron supposed to play the team's new "big brother" role, imparting his wisdom to this young, inexperienced team?

Make no mistake, this move was definitely about shedding salary. However, it would be unwise to think this was a "Banker Bob" decision stemming from the team's need to cut costs and be "cheap" (I really despise that argument). In fact, shedding salary helps the Phoenix Suns heading forward. As mentioned above, Caron Butler was not a secondary "prize" to be had from the Dudley-Bledsoe deal. On the contrary, he was the means through which the team was able to acquire the high-potential, much-desired commodity that is Eric Bledsoe.

This is not to say that Caron Butler has no value. He definitely could have been a mentor for the younger players and a steadying force on the court as well as in the locker room. But in the end, the flexibility of being a few million dollars under the salary cap is worth more to this Suns team than an aging veteran with little to provide in terms of on-court value or future returns.

By letting the LA Clippers unload Caron Butler and his $8 million price tag on the Suns, the team was agreeing to sacrifice short-term flexibility for the right to acquire Bledsoe. By turning right back around and dealing him to Milwaukee for just $2.5 million of salary in return, they've regained flexibility. Just like the Dudley to LA and Scola to Indiana trades, this deal was beneficial to all parties involved: the Suns get to maintain flexibility heading into the season, Butler gets to go home to Wisconsin, and the Bucks get some ammo to aid their efforts to be a terribly middling team with an 8th-seed ceiling in the Eastern Conference.

Goodbye, Caron. I'm sure you would have been a calming presence in what will surely be a rocky year for the Suns. At least you will forever be immortalized as a member of Scott Howard's exclusive "Never ORNG" club.

This deal gives us significant cap space as well as the flexibility to trade for another exciting player, which is how we were able to acquire Eric Bledsoe. -Ryan McDonough

Thanks to this trade, the Suns have positioned themselves to again be opportunistic buyers in future trades this season. McDonough emphasized this stance when announcing this trade, stating "This deal gives us significant cap space as well as the flexibility to trade for another exciting player, which is how we were able to acquire Eric Bledsoe." Never mind the part where he goes on to discuss the "two young players" the team also acquired through this trade. That's all good-PR hogwash. I would be very surprised to see both guys still on the roster after training camp.

Let's now take a look at where this trade leaves the Suns' cap situation...

As can be seen in the spreadsheet above, the Phoenix Suns now have 17 guaranteed contracts after the Butler trade and the official signing of Alex Len (whose contract details were excellently covered here by Dave). The roster payroll now sits at a total guaranteed 2013-14 salary amount of $53,437,163, leaving the Suns $5.241 million under the salary cap for this season. The Suns now have more cap room than any other team in the NBA except the Philadelphia 76ers. It looks like the Suns and the Sixers will be battling all season long for flexibility and tankability (as things stand, Philly would be ahead of the Suns in reverse-power rankings).

By negating the acquisition of Butler in the Bledsoe-Dudley trade, the Suns have reversed the cap hit and are now almost exactly where they were in July, before "mini-Lebron" came to town. This means that Phoenix has effectively traded Jared Dudley and a second round pick for Eric Bledsoe, Vyacheslav Kravtsov, and Ish Smith, all while retaining their cap position.

1) Before the start of the season, the Suns will need to get rid of at least two of their 17 players in order to reach the roster maximum of 15. Prime candidates for the Suns to be "waiving" goodbye to next seem to be both players the Suns just traded for (Kravtsov and Smith), Malcolm Lee, and Michael Beasley. I expect at least two of these guys to be off the team by the end of training camp. Which brings me to my next point...

2) "What's next for Michael Beasley?" seems like it could have been a weekly headline ever since B-Easy arrived in Phoenix last summer. Fortunately for Suns fans (and unfortunately for Beasley), all signs point to Beasley being off the team soon. If the team waives Beasley on or after September 1st, his 2014-15 guaranteed salary of $3 million would be stretched over three seasons. The cap ramifications of "stretching" Beasley can be found in the second sheet of the spreadsheet above ("Salaries with Beasley "stretched"").

Although we never quite know what's next for the Phoenix Suns with ever-active Ryan McDonough at the helm (seriously, was anybody expecting this Butler trade? Or the Bledsoe deal? Or even the first round pick for Scola?), these are the moves I expect to be made next. The Suns could also make a minor trade or two to cut the roster fat (Kendall Marshall's hold on his roster spot seems to always be in flux) or perhaps immediately trade for their next "exciting player" (doubtful).

Regardless of what's next, the Phoenix Suns are in great position heading forward. I very much expect the Suns to be in the thick of several trade discussion throughout this upcoming season and especially near the February trade deadline. Equipped with several desirable contracts and draft picks, along with the luxury of cap space (which will allow them to take back a hefty contract), the Suns will reap the benefits of shrewd cap management and effective use of their ample flexibility.