Eric Bledsoe is one of the more dynamic young guards in the NBA. While he can do some special things with the ball in his hands at times, his real strength is playing off the ball.

Eric Bledsoe has been classified as a point guard throughout his career. At just under 6-foot-2, that is understandable. However, in college he played alongside John Wall and in Los Angeles last season (his break-out year) next to Chris Paul. Bledsoe has no problems playing off the ball alongside other point guards.

In Part I of this breakdown, we saw what Bledsoe was able to do with the ball in his hands as the initiator of the offense; the "point guard." In Part II, you'll get a better idea of how Bledsoe plays in transition and off the ball. Short answer: not as well as you'd expect in the open court but pretty darn good off the ball.

Jeff Hornacek wants his team to run, run, run this year, and Eric Bledsoe seems perfectly suited to do so. Once again, he is incredibly explosive in the open court and can get down the floor in a hurry. Transition was Bledsoe's second most common play type last year at just shy of 21 percent of his plays. He loves to get out and run. 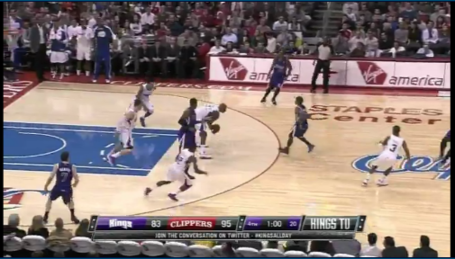 In this play, Chris Paul pokes the ball loose from behind and it is picked up by another Clipper. Notice where Bledsoe starts the play. 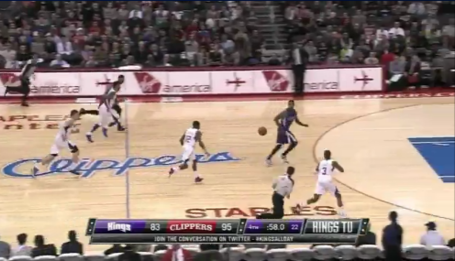 The Clipper big passes off to Bledsoe, and he pushes it down court to Paul. Notice how quickly Bledsoe was able to run down the floor, beating the Sacramento players back and creating a two-on-one. 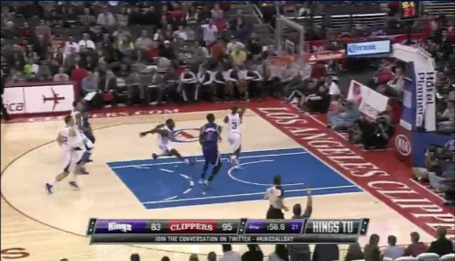 Well, more of a two-on-none as the Sacramento player doesn't even really make an effort to stop Paul who drives in and puts the ball up in the air for Bledsoe to go get. 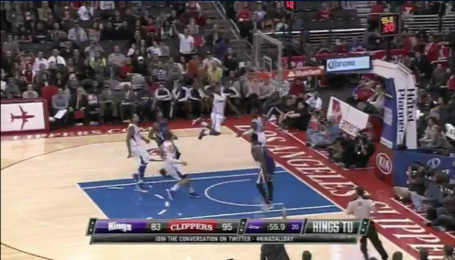 And get it he does. Take notice of the 6-foot-2 Bledsoe's knees at head height. My goodness this guy is athletic.

That's the good. But a Bledsoe fast break is a double-edged sword. He only finished with 0.93 points per possession on the break, which ranks him 280th overall on Synergy. He shot 53.6 percent from the field - good under normal circumstances but pedestrian in the open court - and turned the ball over on 22 percent of his possessions. In comparison, Dragic scored 1.11 points per possession (still only ranked 175th) on 60.1 percent shooting and only turned it over 15.2 percent of the time.

Bledsoe can get tunnel vision when he's on the break and often charges the basket regardless of how many defenders are back or how many teammates he has running with him. He can get going too fast and lose control, either turning the ball over or getting himself stuck and having to force up bad shots. 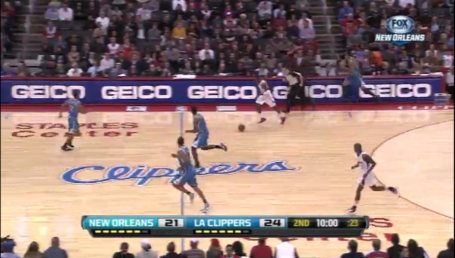 On this play Bledsoe is bringing the ball down the court. Notice the three defenders that are already back across halfcourt and ahead of Bledsoe. 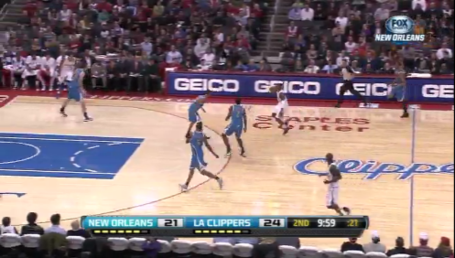 As Bledsoe crosses the midcourt line you can see four Hornets back on defense, while Bledsoe only has two teammates with him. In this scenario, with no numbers, the smart play is to pull the ball out and set up your halfcourt offense. 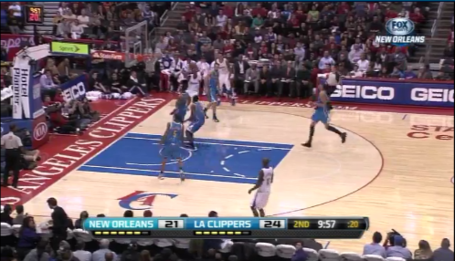 Bledsoe instead chooses to go one-on-four and loses the ball.

As with all players, with the good comes the bad from Eric Bledsoe. The difference is his highs are higher and his lows are lower than most of the players we saw suit up for the Suns last year. That being said, Dragic and Bledsoe should be able to work together to pressure opposing guards, force turnovers and get out on the break. That's probably going to be the Suns' best chance at success this season, and it could be a lot of fun to watch.

Bledsoe is not known for his jumpshot, but he actually can be an effective spot-up player. He played a lot alongside ball-dominant guards in Paul and Jamal Crawford and ball-handling bigs like Lamar Odom and Blake Griffin; therefore, he spent a decent amount of his court time spotting up on the perimeter. This is the area of the game where most of his 3-pointers came from (22 of his 31 made threes) and he shot 44 percent on those attempts. 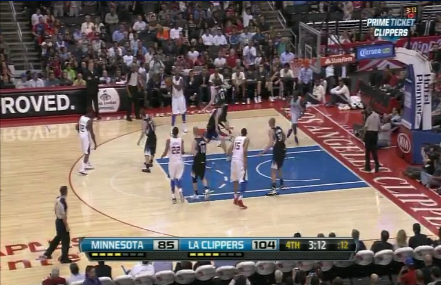 Bledsoe brings the ball down and passes off to Odom on the wing. Minnesota is packing the paint defensively. 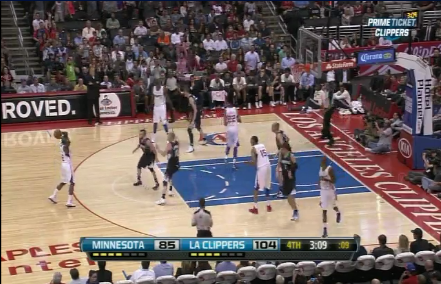 Odom passes back to Bledsoe at the top of the key, and he fakes a pass. 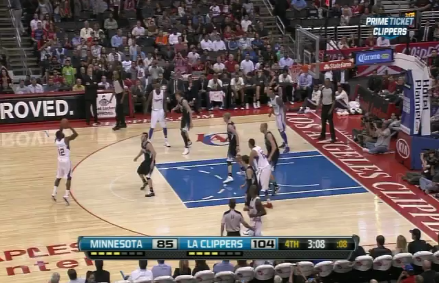 Nobody closes out on Bledsoe so he knocks the shot down. Again, notice how he barely leaves the floor.

In this spot-up role he can knock shots down at a much higher rate than shooting off the dribble.

He can also occasionally take advantage of a hard close-out to attack the basket. Unfortunately, this rarely ends well as he shot just 9-36 on spot-up 2-pointers all season.

Nobody is going to confuse Eric Bledsoe with Ray Allen as a shooter, but he can shoot it well enough to take advantage of kick-outs from Dragic.

This is the area where Bledsoe is most effective. He's a terrific slasher for a point guard who plays with a high level of energy. Bledsoe only recorded 50 cut plays on the season (seven percent overall) but in those 50 plays he was very effective scoring 1.29 points per possession (ranked 50th overall) on a 65.2 percent clip. 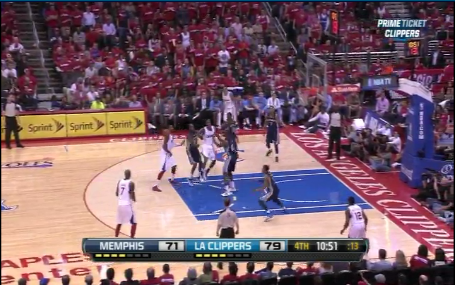 On this play Chris Paul drives into the lane and collapses the defense before kicking out to the open Lamar Odom on the perimeter. 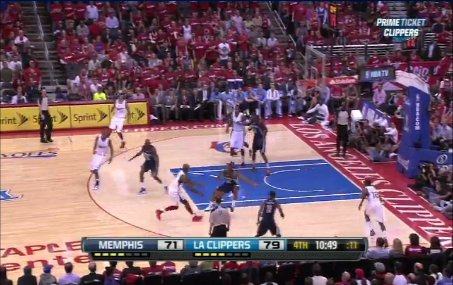 Mike Conley starts to rotate over and close out on Odom and, seeing an opening, Bledsoe back cuts. Odom sees him and makes the pass. 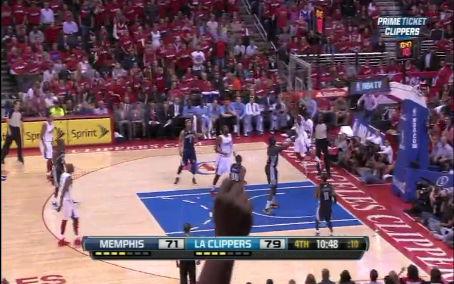 Bledsoe makes the catch, elevates and slams it home. This is a pretty typical play for Bledsoe. He's quick to make a cut if his man loses track of him or turns his head and has the explosiveness to to take advantage of those defensive mistakes.

Oh, did I mention he's athletic? 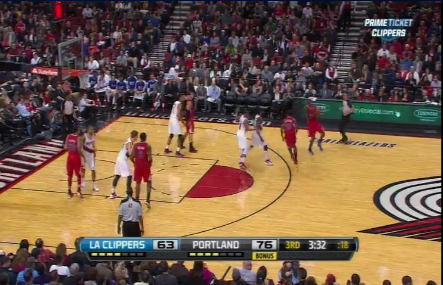 On this play, Bledsoe brings the ball down and hands off to Jamal Crawford on the wing. 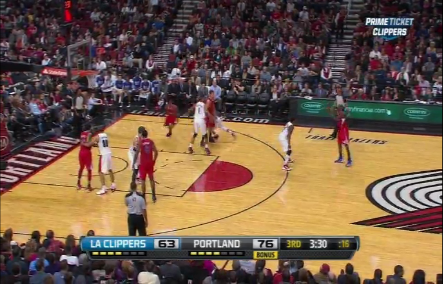 Bledsoe then run off a Griffin screen and cuts to the basket. Griffin's man doesn't hedge and Bledsoe's man can't get around the screen in time. 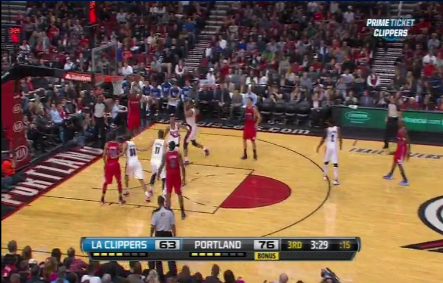 Crawford throws the alley and Bledsoe slams the oop. Again, this is a set play for an alley-oop to a 6-foot- 2 point guard. 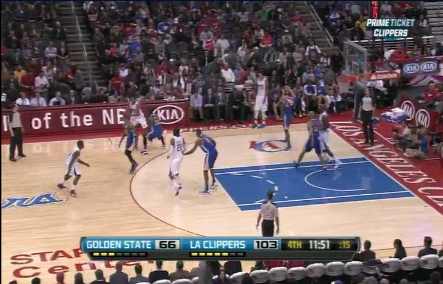 This is actually the same play, only he cuts backdoor instead of on the ball side. Bledsoe passes off to the wing then cuts away. 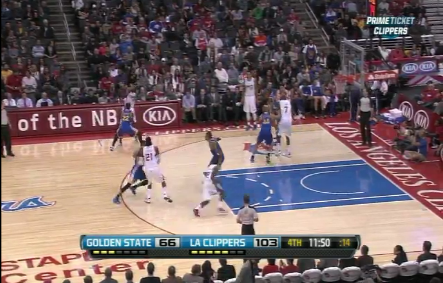 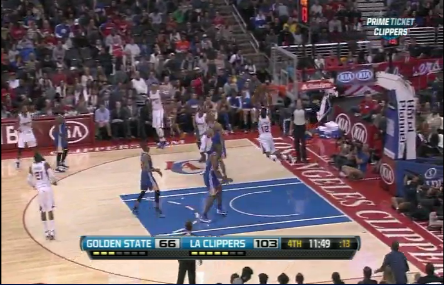 Bledsoe is equally effective on the offensive glass at 1.28 points per possession. He has a Shawn Marion-esque quick second jump after missing at the basket, and has a knack for crashing the glass when someone else takes a shot.

This is the area of the game where Bledsoe can be special. This is the best way for him to put his athleticism and energy to use. If the Suns can get Bledsoe to buy into playing as an off-the-ball wrecking ball primarily, the Goran Dragic-Bledsoe backcourt has a chance to blossom into something special.

Can they play together?

RT @JacobPadilla_: What do you think about the Dragic-Bledsoe backcourt for PHX? ( I love both players! But hard to start both)

In case you missed the last 2500 words I wrote, I don't necessarily agree with Dudley.

James Park of Sheridan Hoops (ICYMI, Dave wrote a Suns-centric season preview for them) picked up Jared's answer to my question and ran with it as their Tweet of the Night. Park offered his own analysis and dropped a few interesting nuggets on the situation, but ultimately concluded that they won't start together despite the team saying so.

The Suns are going to start both guards to begin the season. From what I've seen doing this breakdown, I really do think it will work offensively. The biggest obstacle is the pair's lack of size on the defensive end, although I believe the team can do some things systemically to address that. The second biggest obstacle will be spacing, and I think that could be more difficult to fix depending on how much Channing Frye will be able to offer this season. Finally, both guys are going to have to buy in, and I don't think that will be a problem for these too.

Everybody strap in. The ride could be bumpy, but it should be plenty of fun as well.