Although Eric Bledsoe did not make himself particularly accessible during this past off-season, he kept plenty busy while home in Birmingham besides just staying in shape and driving Suns fans mad with impatience. For one, he and NBA legend Gilbert Arenas coached the Birmingham All-Stars in a matchup with the Ball Up All-Stars.

Ball Up is a professional streetball team that tours the country and makes a living by embarrassing local talent. For those unaware, streetball is a form of basketball that emphasizes flashy plays and encourages showmanship. Think of what guys like Allen Iverson and Nick Young would do on a basketball court if coaches didn't exist. It's pure, unbridled b-ball talent. No filler.

On July 26, Ball Up rolled into Birmingham and suffered the first loss in the four-year history of their summer tour, 84-83. Might the Man Of Few Words find himself in a coaching position some day? 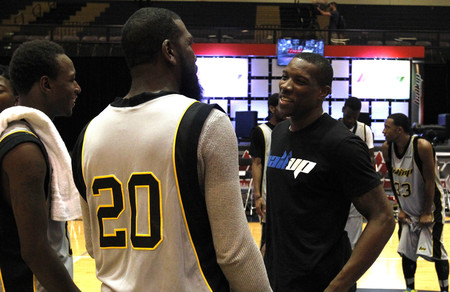 While the Ball Up All-Stars featured legendary streetball personalities such as The Professor, AO, Air Up There and more, Phoenix natives might be most familiar with their 6'6 dunking dynamo, G Smith. 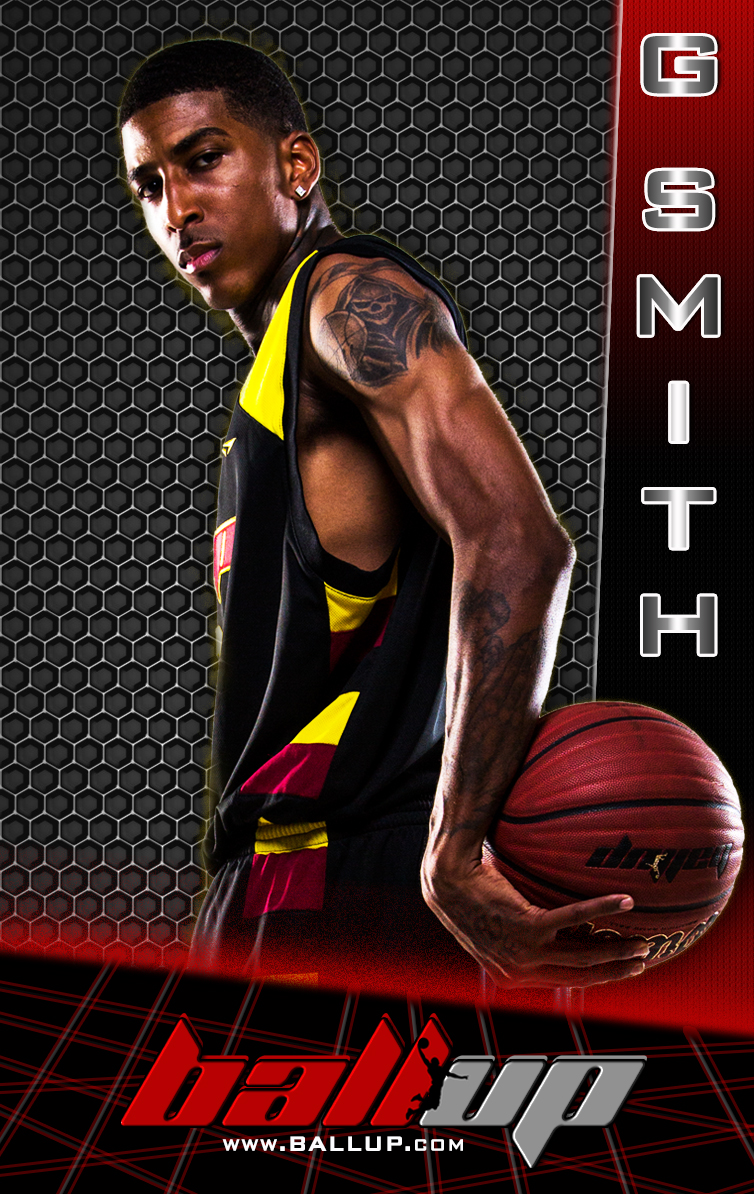 Gary "G" Smith cut his teeth at Independence High School in Glendale, AZ, located in the far west of Phoenix and just a small hop over Grand Avenue from where your humble narrator grew up. Not exactly a hotbed of basketball talent, but that didn't stop G from making a name for himself.

At 23 years old, after a collegiate detour through Minnesota and eventually Tucson, G was the winner of Fox Sports' reality series, "Ball Up Streetball", which earned him a multi-year contract with Ball Up. Since then, Smith has earned a name for himself with vicious posterizations, and is often referred to as "The Greatest In-Game Dunker".

After spending some time up-close with our own $70 million man, G was willing to give his two cents on the 2014/15 season for your Phoenix Suns. Here's what he had to say to BSOTS.

1) Did you have any idea that the Phoenix Suns would play so well last year, finishing just a game short of the playoffs after many national outlets predicted a rough season?

G: Looking at the Phoenix Suns roster last year I was very confident in the team's ability to have a winning season. The team's player personnel suited the Phoenix Suns well established up and down playing style. Therefore, the lack of expectations expressed by many media outlets never deterred my opinion on the team's future.

2) Do you think 6'3" Goran Dragic and 6'1" Eric Bledsoe are a long-term answer as a starting back court in the NBA? What are their strengths and weaknesses as a starting pair?

G: I do believe that Dragic and Bledsoe are the answers long term as a starting backcourt. They both possess the skill set to shoot the outside shot, or insert the defense and finish strong at the rim. As for a weakness, I only see injury preventing these two from performing at the high level they're capable of.

3) Do you think the rest of the Suns team, including Isaiah Thomas and the Morris brothers, can help carry the Suns into the playoffs with a back court of Bledsoe and Dragic?

G: Absolutely, having Thomas only inclines the guard position with even more consistent contribution. Also having the Morris brothers interior and exterior play drastically improves all levels of the team performance. In conclusion with Dragic and Bledsoe running the show I believe the playoffs are definitely obtainable.

4) This summer, did you interact with Eric Bledsoe at all when he guest-coached the Birmingham All-Stars? How much have you followed Bledsoe's career, and how good can he be in the NBA?

G: Yes I did interact with Eric Bledsoe this summer as he was a guest coach of the Birmingham All-Stars. Eric is an awesome person and over these last couple years we've built a great mutual respect for one another. I do follow his career in hopes to see him in continued success. I believe Eric can be as good as he wants to be, he has tremendous ability, therefore I see him becoming an NBA All-Star.

5) Who do you think will win the NBA Finals, and why?

G: I predict the Phoenix Suns versus the Cleveland Cavaliers in this year's NBA finals. I chose the Suns out of the Western Conference due to their fast pace basketball and hunger for success! Coming out the eastern conference I went with the Cavaliers. With the additions of Lebron James and Kevin Love I feel they're the most complete in the Eastern Conference.

Ed: LeBron versus the Slash Triplets matchup in the Finals? I think I could muster up some excitement for that.