If the rumors are true, the Phoenix Suns are in good position as league revenues for TV broadcasts triple in the next two years.

Share All sharing options for: Phoenix Suns deals with Bledsoe and Morris twins well timed with announcement of new TV deal that begins in two seasons

According to Richard Sandomir of the New York Times, the NBA will announce a tripling of revenue in its broadcast TV rights beginning in the 2016-17 season. 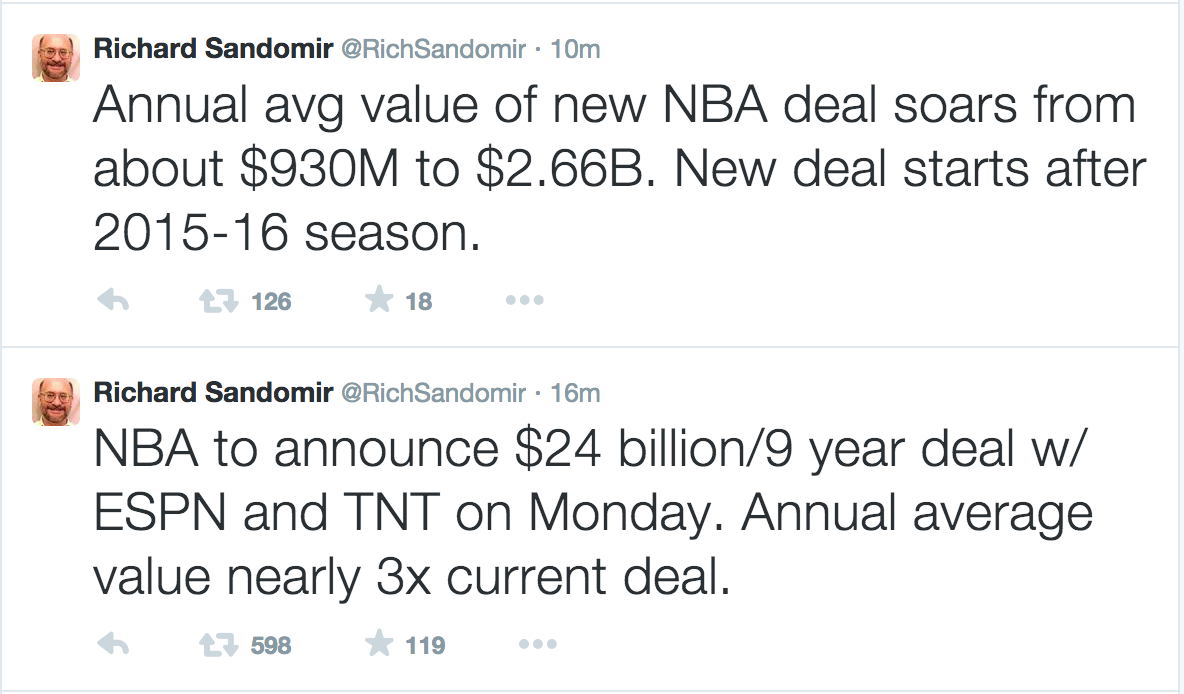 If the broadcast rights for televising NBA games on ESPN and TNT triple as reported, the NBA salary cap will rise as well. Broadcast rights are part of the overall Basketball Related Income (BRI) that the players are guaranteed to split with the owners, per the Collective Bargaining Agreement.

While it is unknown exactly what portion of BRI is the current TV deal, earlier this summer Zach Lowe of Grantland guessed at the 30% increase to the salary cap if the TV doubled.

Now that the TV deal triples, does that mean a 50% increase in the salary cap?

Since the number of players on each team will remain at 15, logic dictates that player salaries could rise 50% as well.

So how does the NBA roll in a 50% rise in the salary cap in just TWO years? Certainly, the players union won't allow the NBA to phase in the increases. And neither will the CBA. The CBA mandates a certain split, so that split will happen.

Likely, with half (or more) of the league under guaranteed contracts before the big rise, teams won't be able to "spend" the increased cap immediately. But that just means they split the difference with their current players because each team must spend at least 90% of the cap on its players each year.

How does this affect the Suns?

But we do know that the Suns this summer locked up Eric Bledsoe, Markieff Morris, Marcus Morris and Isaiah Thomas through at least the first two years of that new, higher salary cap at what now might be considered huge bargain deals.

"It does have a significant impact," Ryan McDonough said last week after the press conferences for Bledsoe and the Morrii. "We are projecting a cap that is going to escalate pretty sharply here over the next couple of years. That’s not the only reason we did the deal with Eric and the extensions with the Morris twins, but it is a factor." 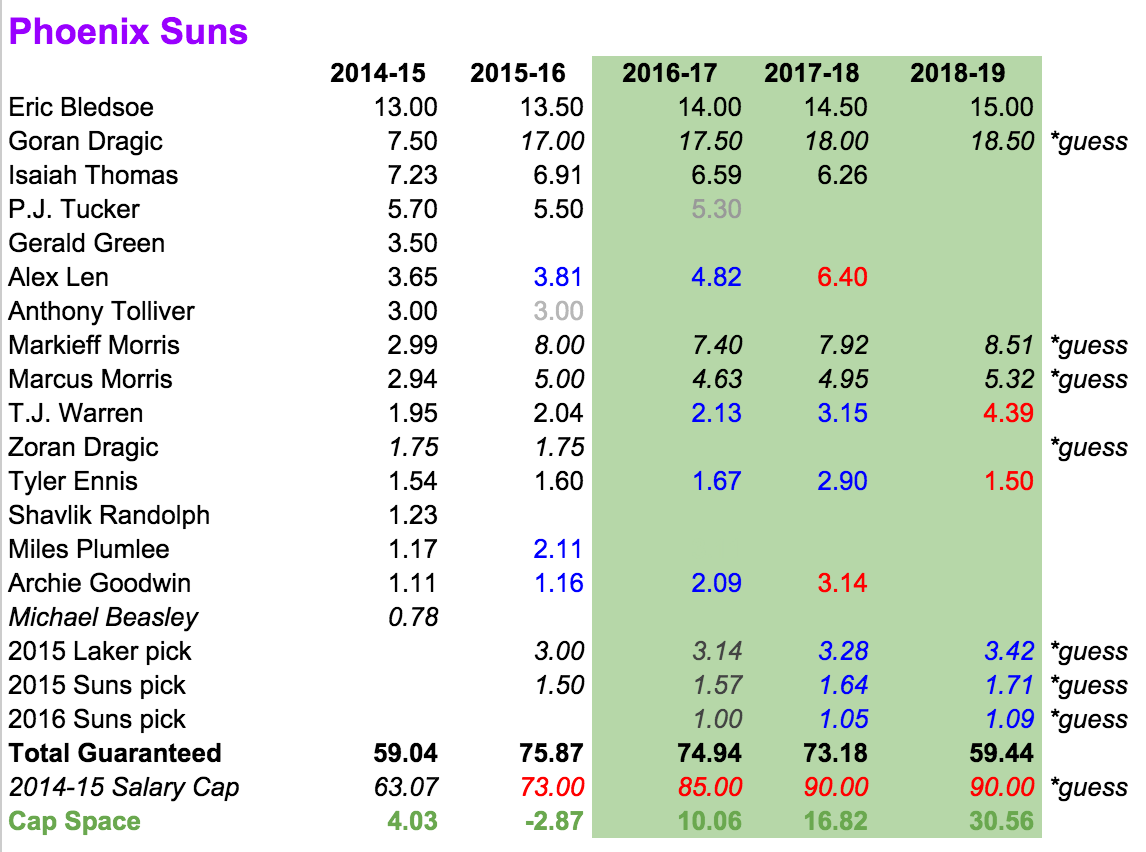 Ok, so I totally guessed at a lot of numbers but I wanted something for us to chew on. I wanted us to see that the Suns have several players - both veteran and youth - under contract now at reasonable prices as that the new world emerges.

The new world could include mid-level veterans like Swaggy P costing $9-10 million per year.