Let's just have a little fun on a Thursday between games to distract us from the recent losing and injuries and general blah feeling among Suns fans this week.

Jimmer Fredette was highly coveted by many Suns fans when he was entering the NBA in the 20111 Draft. He ended up going to Sacramento (after some interesting trades) and now will be bought out by the Kings and become a restricted free agent looking for a home.

Needless to say, his pro career has not gone nearly as well as his time at BYU. It's not hard to consider the 10th-overall pick in his draft class a bust.

On Jimmer Fredette and Unfulfilled Promise 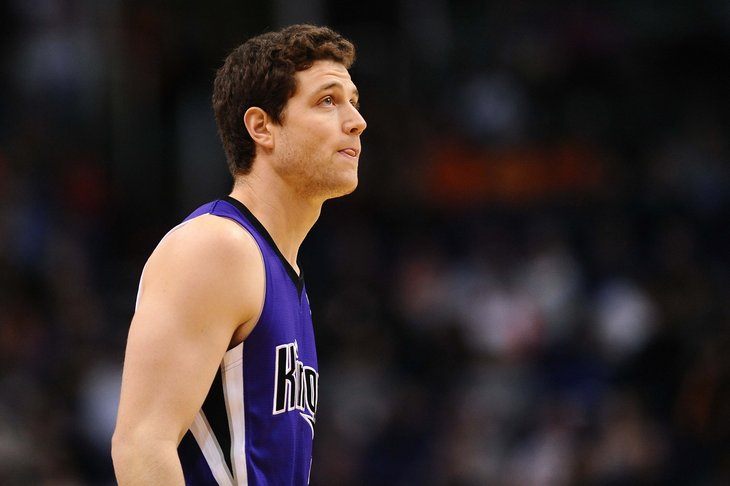 With Jimmer Fredette's time as a King coming to a close, Sactown Royalty looks back at what was and what wasn't.

BUT, just for sake of argument, what if he was stymied playing for a dysfunctional Kings team? What if he came to Phoenix and like Gerald Green before him (and Channing Frye) (and P.J. Tucker) he rose from the ashes to fulfill his potential?

Look, the Suns have plenty of backcourt players already. Dragic isn't supposed to be out long and according to Coach Jeff (via Paul Coro) should be ready for Friday's game. Eric Bledsoe is getting closer and closer and the Suns already signed Barbosa for the rest of the season and most of us want to see more Archie Goodwin and not less.

But let me just throw this out there: Jimmer is shooting 49% from three this season and scoring 18 points per 36 minutes. His PER is a respectable 16.5.

Vote below. Comments encouraged as well.

And for the record: I'm voting, "no" because I want more Archie. ALL THE ARCHIE.