The Suns beat the Warriors in Phoenix with great offensive nights from several players, including Goran Dragic.

Goran Dragic is a star. Tonight, he played like a superstar. But according to the NBA, he's no All-Star.

Goran Dragic scored a career-high 34 points on just 13 shots to power the Suns to a victory against the Warriors, 122-109. His son, Matteo, was at the game to see his father play for the first time ever, and Goran responded by playing arguably the best game of his career.

Here's an unofficial paparazzi shot of Goran's wife and son: 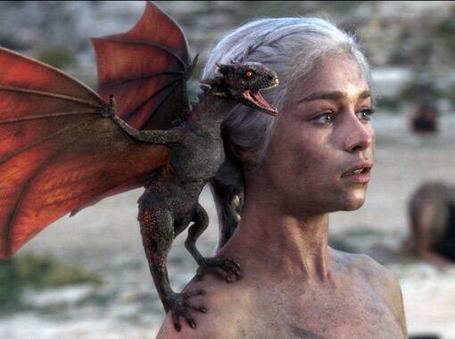 The Suns came out sharp to begin the game and shot the ball very well in the first period. Unfortunately, so did the Warriors. Both teams finished the first quarter shooting over 50% from the field. Dragic ended the period with 10 points and 2 assists on perfect shooting from the field and the free throw line, while Curry had 6 points and 2 assists. The Dragic vs. Curry matchup had gotten off to a very promising start.

The Suns also took advantage of an undersized Warriors team that was missing David Lee and Andrew Bogut by crashing the boards and establishing their force inside. Phoenix finished the game out-rebounding Golden State 45-34.

The Suns led 63-59 after a high-ocatane first half. The Warriors' hot shooting kept them in the game despite a disadvantage in size, thanks to Harrison Barnes having an uncharacteristically good game off the bench, Klay Thompson's shooting, and of course, Steph Curry's brilliance.

Phoenix got off to a good start in the third quarter and briefly took a 14 point lead...which was cut in half in less than a minute:

Golden State cut the Suns 14 point lead in half in 51 seconds.

The Suns were able to maintain their lead throughout the quarter, however, thanks to strong play from Dragic, Gerald Green and PJ Tucker, and some very smart decision-making from Channing Frye. The Warriors went with Draymond Green at the four spot and Channing took advantage by playing inside much more than usual and finishing some strong moves inside with ease.

The Suns took a 95-90 lead into the final quarter, at which point Goran Dragic already had 21 points and 8 assists while Gerald Green logged 23 points and 5 rebounds. That's 43 points from the starting backcourt in three quarters. Not bad.

The game was a back-and-forth effort throughout much of the fourth quarter and the Warriors cut Phoenix's lead to two points on more than one occasion. The Suns made the right plays when it mattered, however, and were able to distance themselves late in the quarter thanks to Goran Dragic's brilliance.

The Dragon had 13 points in the fourth quarter tonight and was simply unstoppable. The put the Warriors away at the end of the game with a series of shots and finished the game with 34 points and 10 assists on 10-13 shooting from the field, 6-7 from three and 8-10 from the charity stripe. 34 points on 13 shots is just stupid good.

Meanwhile, Steph Curry finished the game with 28 points and 9 assists on 10-20 shooting from the field. However, he was just 3-10 from the three point line and went scoreless in the final period.

Year of The Dragon

Goran Dragic was nothing short of amazing tonight. The level of efficiency he displayed tonight is incredibly rare, and didn't go unnoticed:

Here's the case for Dragic as the best non CP3 guard in the NBA: http://t.co/j0DmymquLI

Dragic...FROM THE PARKING LOT. Career-high for Dragic with 34 points. That man is a star.

I think this picture is a pretty appropriate representation of what Goran Dragic looked like tonight: pic.twitter.com/cvscdLBLb8

Goran Dragic with a career high 34 points on THIRTEEN shots. And one giant middle finger to the All-Star game.

Non-Dragon Players of the Night

All in all, this was a much-needed win for a Suns team that had lost two straight. Phoenix now sits at the 6th spot in the West, while Golden State is tied with Dallas for 7th. Huge win tonight, with an MVP-level performance from Goran Dragic.

But he's not an All-Star.