Center of the Sun: Two weeks left and anything but a Red Carpet laid out in front of the Phoenix Suns along the way

Recapping the week that was, reviewing the news & notes, taking a look at Suns history, updating the 2014 NBA Draft Watch, and previewing the week ahead... Welcome to the Center of the Sun.

Share All sharing options for: Center of the Sun: Two weeks left and anything but a Red Carpet laid out in front of the Phoenix Suns along the way

This week the Phoenix Suns said "Hello" to three exes in Marcin Gortat, Amare Stoudemire, and Mike D'Antoni. In two out of those three encounters they came out on top, looking better over time ellapsed since they were together. Then there was round three, and, well the Suns were a hot mess around their flamboyant thin mustached ex that was a catalyst in making them who they were...

It is easy to look back at last week as being a bit of a letdown after that clunker of a loss to the Lakers who are in the midst of one of their worst seasons every, but it was another winning week.

The Suns continued their winning streak taking it to six games and like everything else it came to an end. They beat the Knicks about as badly as one could beat another while handling the playoff bound Wizards as well. Eric Bledsoe is back and playing well. The defense is improving and when things were bleak the team rallied to turn things around. One loss, no matter how apathetic and brutal it was, does not define the week. Focus on the positives.

At this point the Suns in a three-way tie for the seventh seed in the Western Conference and are on the cusp of winning 20 more games this year than last year. Focus on the positives. The team has a rough road ahead, but they are on the road this year driving with the best teams in the NBA.

The loss to the Lakers was just a pit stop after a flat tire with eight more laps to go. It is time to... Look on the Bright Side.

Bright Side, are you as sick of Chris Kaman's mug on the homepage as I am? I figured...

That is the winning percentage (and overall record) for the final opponents on the Suns schedule. Not a walk down the Red Carpet. It does not help that three out of the next four opponents are also the best three teams in the NBA today record wise and the fourth is the fifth team in the Western Conference. The Suns did what they were supposed to going 6-1 in a stretch of winnable games against bad teams and now they have to go out there and win games.

Quote of the Week

"We didn't know how to stop them. Our intensity was really bad. I don't know why but it's like nobody wants to play playoffs. It seems like that."

"Our schedule gets a lot harder after this. Play all the top teams now in the next six or seven games, so that's why this game was so important. I mean, if this happens against Oklahoma City or the Clippers, then fine. But this team is not a playoff team, so that's why it's disappointing."

Goran Dragic after the loss to the Lakers

Surrogate Watch continues and the Suns have three first round picks with the current projections, with their own pick landing in the lottery. Sort of what most thought in the pre-season, but not quite the pace from those projections. Here is the update on how the three picks look right now:

Keep following along here to get updates and information on the 2014 NBA Draft Class and more. 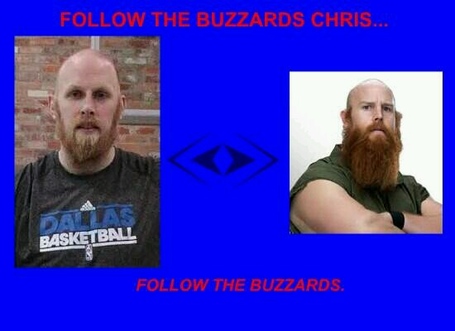 This Week in Suns History: April 6th, 1995 -- Once upon a time there were only three players in NBA History to have made 1,000 three-point field goals. Dale Ellis, Reggie Miller, and... The Suns Danny Ainge. Since then 70 more players reached that mark, all surpassing Ainge (1,002, 73rd All-Time). Mike Dunleavy, Ron Artest, and Mo Petterson all have more threes than Ainge for their career. Yup.

Previewing the Week Ahead:

This is going to be a tough week where winning games equals earning them. The Spurs have won a franchise best 18 games in a row. The Thunder are right on their heels with the MVP Front Runner, Kevin Durant. The Blazers are getting back on track after a tough stretch where they really struggled.

Silver Lining? The Suns have beaten all three of them this season.

So far they are 2-1 against Portland, 1-1 against Oklahoma City, and 1-2 against San Antonio giving, at the very least, hope that they can go out there and earn wins. Because they have done it before.

This week I am going with a 2-1 week for the Suns. Not necessarily because I think it will happen, but because it needs to happen. Good Luck.