The Phoenix Suns center's new band will be unveiling tour dates for their summer concerts after the release of their debut album next week.

Share All sharing options for: Miles Plumlee's indie folk band all set to tour after the NBA season concludes

Phoenix Suns center Miles Plumlee is currently in the midst of an unexpectedly impressive sophomore season in the NBA. After playing just 55 minutes total as a rookie on the Indiana Pacers last season, Plumlee was given the starting five spot on the Suns from the get-go, and he has surprised almost everyone by averaging 8 points and 8 rebounds in 25 minutes per game.

However, there are still many things about Miles Plumlee that fans may not know. If his hair, beard and affinity for turtleneck sweaters makes him seem like he often spends rainy afternoons in the corner of a coffee shop listening to music while slowly sipping on a complicated concoction of caffeinated cocoa, that's because he in fact does enjoy all of the above.

The 25 year old's band, "The Plumbers," is set to release its debut album next week and today, several reports revealed the news that the group will be touring the U.S. this summer, during the NBA offseason.

Information about the band, its album and the upcoming tour has been shrouded in an air of secrecy. Sources confirmed that the new reports about the band's summer tour are indeed accurate but that Miles Plumlee and his bandmates prefer to maintain privacy so he can focus on the current NBA season.

One source, who prefers to maintain anonymity because he believes identifiable sources are too mainstream, also said the following:

"Most people don't know that during his time at Duke, Miles Plumlee spent much of his time writing and making music. He's been working on this band and album for quite a while. He's going to take the indie folk world by storm--a bunch of bands you've probably never heard of are going to be taken aback by his talent."

The source also confirmed several reports that the band, which was earlier rumored to be named "Plumford & Suns" but was renamed in an effort to be more alternative, features a few other recognizable faces: 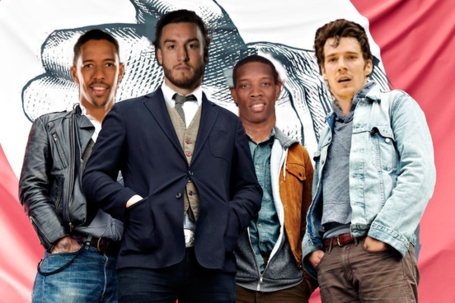