The Phoenix Suns have not had an MVP candidate since Steve Nash left town, but now have Goran Dragic joining the list in 2014.

Goran Dragic had a great season for the resurgent Phoenix Suns. He won the Most Improved Player Award last week, and he was one of only three players in twenty years to finish a season with 20+ points, 5+ assists, 50+% field goal shooting and 41+% three-point shooting.

Dragic did not make the 2014 NBA All-Star Game, but he seems a lock for an All-NBA bid and now at least showed up on a list of the top 17 most valuable players in the NBA. 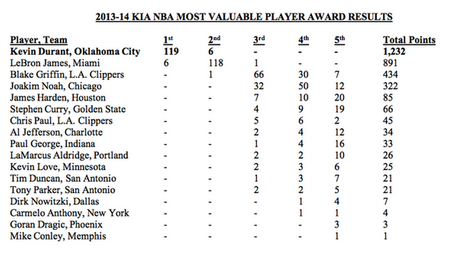