The Phoenix Suns will be selecting as many as three first round picks, and one second round pick as well. Which players are the most likely to be selected at each spot?

This big day is finally upon us.  Tomorrow night is the NBA 2014 Draft, and the Phoenix Suns will be selecting players with as many as four picks overall.

Although it is a good possibility that the Suns trade one or more picks to either move up in the draft, gain additional picks in future years, or acquire a veteran player of some sort, there is an equally good chance that they won't find a deal they are looking for, and will instead use all of their picks on the players available tonight. 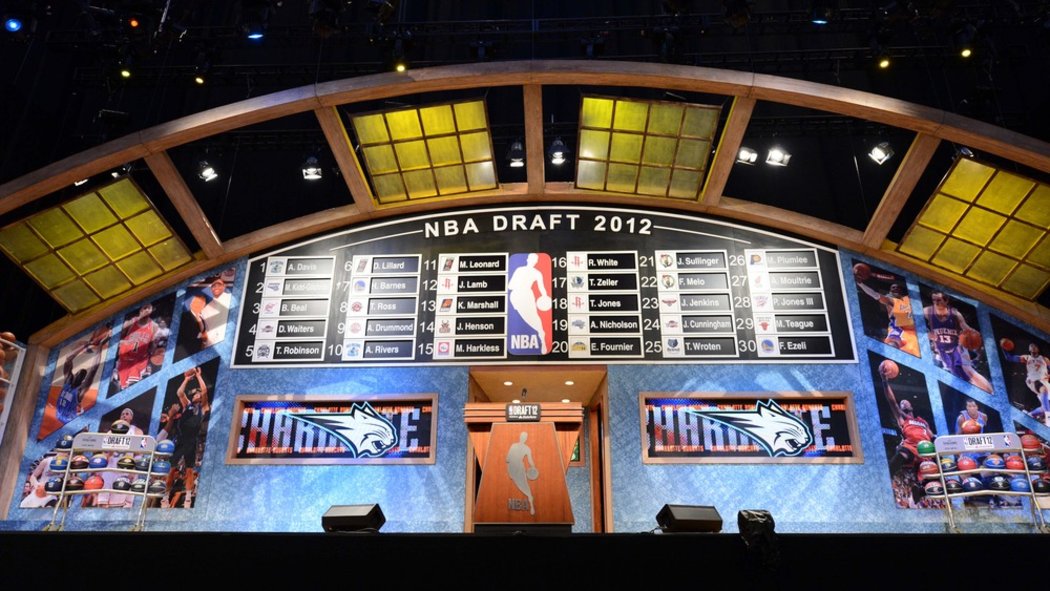 Bright Side previewed SO MANY DRAFT PROSPECTS

In case you haven't been paying attention over the past month or so, we at Bright Side of the Sun have been compiling quite a comprehensive collection of player profiles on many of the available prospects that will be drafted tomorrow night.  In addition, we have also attended every single Suns' pre-draft workout (that we know of) to gain the most insight as possible from the players in attendance, and most importantly, the guys who will be drafting them.

There are a multitude of possibilities which could take place tomorrow night, and realistically, there is just no way to cover them all.  However, by using all of the information we've gained throughout this process, this article will take a look as some of the more likely possibilities for each of the Suns' draft picks, assuming they end up staying put for each of their four picks (yeah right).

Click on the prospects' names to be taken to either their profile, or their Suns' workout article for more information about them.

Sorry Stauskas fans, but Nik won't fall to the Suns at #14.  Neither will Doug McDermott, and most likely, neither will Gary Harris (though I did put him as a possibility because he has the best chance of the three).  If any of these three are there at #14, then that could certainly change things.  If not, I think they go with Zach LaVine.

I wavered back and forth between both Zach LaVine and Elfrid Payton for this pick several times.  It seems more likely that Payton will go higher than LaVine, and therefor won't be available by the time the Suns pick at #14.  But really, it could go either way (and several other directions as well).  Both have the ability to play on or off the ball, both are young, both have a high ceiling, and both have been very impressive in their workouts.  I'm choosing LaVine simply because of his better chances of being there.  But that wouldn't be a bad thing for Phoenix.  Zach may have slightly higher upside based on his more developed shooting stroke and perimeter shooting ability, along with his truly elite athleticism.

Zach's skill set and profile fits the Suns like a glove.  He is only 19 years old, super athletic, and can play both guard positions.  During his workout in Phoenix, McDonough commented on what makes LaVine special as a player. "I think talent stands out.  With the younger players it often takes some time.  A guy like Gerald Green is an extreme example of that, finally after seven, eight years in the league figured it out and became a productive player.  Hopefully it doesn't take that long...At the end of the day the most important thing is talent usually wins out if it's combined with work ethic and character." And by all accounts, LaVine certainly has the talent, the work ethic, and the character to be successful.

But what about the fact that LaVine still needs to develop certain aspects of his game?  As McDonough himself said, "What we don't want to do and will never do, is just draft a guy who is older and maybe more ready over a guy we think is going to have a better career." He explained further, "The draft is the best way to get guys who are going to be starters or stars, and get them on a rookie contract, rather than just take the low hanging fruit and sign a guy who we think might help us win a few more games but has a lower ceiling."

LaVine may have that starter or even star potential, but he will need to focus on defense, add some strength, and learn how to play in an NBA system which will take some time.  Rumor has it that LaVine has been extremely impressive in his workouts, and is getting a lot of interest in the top 10.  So, there's a good chance he could be gone by the time the Suns pick.  But if LaVine's available, I think Phoenix takes him.

Adreian Payne is also a possibility at the 14th pick, but I think the Suns take their chances at selecting him 18th.  Skill wise, Payne has everything the Suns could want in a power forward.  He's a talented scorer inside and out, with athleticism and a reliable jump shot from the perimeter.  Payne is also a good defender, using his 7' 4" wingspan and agility to his advantage.

But what about McDonough's philosophy of taking younger guys with higher ceilings?  Well, there may be a caveat to that.  As McDonough said, "You could draft a 19 year old guy who has the potential to be as good as (Payne) in four years, and the guy might never get there.  He might never do what Adreian Payne has done.  In terms of next years' Suns team, where we were a game away from the playoffs this year, it's easier to see a guy like that coming in and playing fairly early in his career."

The one question mark on Payne is his lung capacity, but in the Suns' system where they rarely playing their bigs more than 30 minutes a game, I don't think it's cause for concern.  Payne doesn't have the kind of upside McDonough prefers, but with Channing Frye's future with the Suns being uncertain, Phoenix needs another stretch four to help space the offense.  Payne definitely fits that bill, and more.  As Hornacek commented, "You don't just want a stretch four guy that does nothing but shoot the ball.  You want a guy that can go in the post some and play inside. And if teams want to play a smaller four, they can punish them inside.  I think Adreian can do both of those things."

If you've been paying attention, the Suns have repeatedly expressed their plan on how they intend to use their draft picks.  As McDonough candidly stated, "The least likely thing is we keep all three of our first round picks, and draft three rookies and bring three rookies to the Suns next year." Whether that means combining picks to move up, trading a pick for a future year, or drafting an international player to leave overseas for a while...we don't know yet.  But Clint Capela is a great fit regardless, and just happens to fit that draft-and-stash scenario as well.

Capela has loads of upside.  He is still very raw, but he's 6' 11" with a 7' 4.5" wingspan and nice mobility and athleticism for a big man.  At only 20 years old, Capela is a player the Suns can let develop slowly for a year or two overseas, and bring him over when they feel he's ready.  He could pay off big down the road for a team that is patient enough to wait, and the Suns are in the perfect position to do so.

Although this goes against the Suns' plans to bring in three or more rookies, I think Smith makes the most sense here...especially if the Suns make trades earlier in the draft.  Russ Smith was the only player one of three players to be invited, and accept the invitation, to come back and work out for the Suns a second time (that we know of).

After Smith's second workout, McDonough was very complementary of Russ's attitude, competitiveness, and his ability to both score and distribute. "Russ has great energy.  Some of these guys if you ask them to come back they kind of complain and say how tired they are.  Russ I feel like could play two games and three more workouts tonight and be fine, he's just that kind of well-conditioned athlete.  We like how he pushes the ball, his energy, and his defensive ability. And, he has some pretty unique stuff off the dribble...and he's able to create his own shot and create shots for others.  He's a guy we're interested in, and we give him credit for coming back."

So if he's still available when the Suns pick in the second round, I think he'll be their choice.

Keep in mind, this only represents the top possibilities at each pick assuming the Phoenix Suns stay put.  With four total picks, I think the likelihood that we don't see the Suns make some kind of movement is pretty slim, but the likelihood of the Suns pulling off a blockbuster trade is even more so.

The above list of most likely selections is based on my interpretations of the Suns' workouts, insights gained from interviews with players and staff, and consensus draft rankings of prospects.  Although I put a lot of time compiling this information and attempting to narrow it down as much as possible, I'm going to be wrong.  In fact, I'm probably going to be very wrong (along with all the "experts" out there).

The bottom line is, nobody knows.  In fact, even the Suns' front office doesn't know anything for sure yet.  The draft is all about selecting the best available options and looking for the right opportunities to improve your team.  And those opportunities may only come minutes before a decision is ultimately made.

So again, there's simply no way to know what the Suns have in store for them tomorrow.  But still, I feel confident in saying that given the information available, these players certainly seem to make the most sense for Phoenix.

So what do you think?  Here's your chance to voice your own expert opinion of who the Suns will take with each of their picks.  Let us know in the comments below!

*Update:  Zach LaVine and Rodney Hood have both reportedly come in for unannounced second workouts with the Suns, per sources on Twitter.*