A common argument among Bright Siders is that the Phoenix Suns are not going to use all three of their draft picks, but either a) trade up in the lottery, or b) package them for a player. While packaging the picks, likely in combination with players, is a tactic with a long history, packaging picks to move up is something that is much less common in the NBA than in a sport like the NFL, where more players are needed to fill out a team.

I decided to look at just how uncommon moving up really is. I defined a trade-up as any trade between two teams that featured at least 1 first round pick ending up on both sides, that occurred between April and the day of the draft, in the year of any given draft, and where one of the picks moved was a lottery pick.

This obviously leaves some trades that could be perceived as trade-ups out, but I'll deal with that at the end. 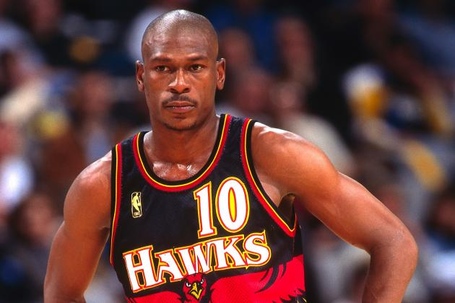 If you widen to include all first rounders, there are potentially more occurrences, but these would also be less clear cases of trading up. Therefore, I stick to the idea that trading up is more clearly identifiable in the lottery.

Finally, it would seem that swaps that are centered on picks that are relatively close to each other. Trades 3 and 4 break the mold a bit, but were more player centered than pick centered trades (for Mark Jackson and Mookie Blaylock, respectively). Trade 1 is something of an exception, but also featured two firsts going back - and the Pistons already had #30, as well.

What to Focus On?

I think trades #1, #3 and #4 are the closest comparisons to what the Suns might be able to do with their picks.

#1 is reminiscent of the suggestions going around the site that the Suns should be targeting a trade with the Los Angeles Lakers that sees us sending them #14 and #18, or #14 and #27, in exchange for #7. While I have my own doubts about this type of trade happening, I think this comparison shows us that, if it does, it may take more than just two picks to make it happen. The Pistons were in a better spot in terms of assets than the Lakers currently are, and still required 3 picks to make it happen. Also, the 1995 draft was not considered nearly as safe as this draft in terms of lottery talent. This likely meant trading back was not considered quite as risky.

Trades #3 and #4 are more similar to the idea that's being tossed around with the Kings - combining a player with a pick to move up a few spots. If you'll notice both of those trades, however, they both were only able to obtain 10th picks. The players that were included (Mark Jackson and Mookie Blaylock) are not entirely comparable to any player we could offer, either: Mark Jackson was considered a top flight PG in his prime when he was traded (probably top 10 in the league, arguably top 7); Mookie Blaylock was an All Star at the tail end of his career and was brought on to mentor a team which suited up over the course of the season 10 players with 2 years of experiece or less. The player that gets tossed around in our trade scenarios most often is Channing Frye, and occasionally Markieff Morris - but at least in my mind, these guys aren't up to the caliber of Blaylock or Jackson (both All-Stars). It would likely take multiple picks to go along with either 'Kieff or Frye to move up, and the likelihood of getting much beyond 10 just doesn't seem that high. 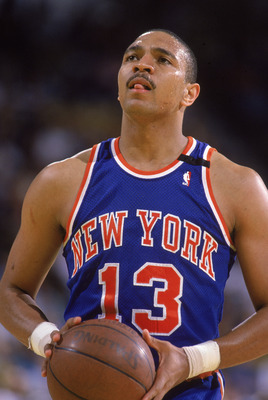 The Potential Bright Side

While my definition of a trade up leaves very few examples of them occurring (and even a somewhat broader definition still leaves you with only about 9 cases in the same time frame), and doesn't paint a great picture of our chances at pulling one off, there is some hope.

A cursory glance at the trade history of the post-draft period (from the day after the draft to the beginning of the next season) shows that there is a somewhat more robust history of post-draft day pick swaps. There may have been as many as 15-18 of these types of trades in the time frame discussed. It is a little hard to establish exact numbers, because the archive of transactions I am working with has limited search parameters.

There is also the possibility of us moving up in the draft by serving as a sort of facilitator for a bigger deal. While there are only a handful of examples of this happening, both before and immediately after the draft, they are not unheard of events.

So, to recap: a trade-up scenario is relatively unlikely - there have been, at most, 9 or 10 pure trade-ups in the lottery in the last 20 years. That being said, even if it doesn't happen before the draft, it may happen afterwards, as teams are able to get a better grasp of what they potentially have and what other teams possess. It is important to be realistic about our possibilities, though - given past precedent, it seems unlikely we'd be able to move much beyond 8th or 9th in the lottery with our current assets.

If you are interested in the archive of transactions, it can be found here.