The NBA and the NBDL today released details of the 2014-15 D-League schedule, as well as information on a new structure of divisions within the D-League.

The Bakersfield Jam, the Phoenix Suns single affiliation in the D-League, today released their 2014-15 schedule.

It will be interesting to see how the Suns use the D-League this year. Young Suns players Archie Goodwin, Tyler Ennis and T.J. Warren, none of whom have a solid rotation spot with the big club, will likely spend some time bouncing back and forth with Bakersfield this season. Alex Len is being handed the backup center position and didn't see the Jam last season, so likely won't spend any time down there this year either.

The Suns have the Jam as their solo affiliation, meaning the Suns will be stocking the team with players all season long. Expect camp invitees Casey Prather, Earl Barron and Joe Jackson to be invited to play for the Jam if they don't make the Suns in training camp.

The Jam will play 50 games total on the season, with 24 games at home at the Dignity Health Event Center, and 24 games on the road.  Two additional games will be played at the D-League Showcase, in mid-January. 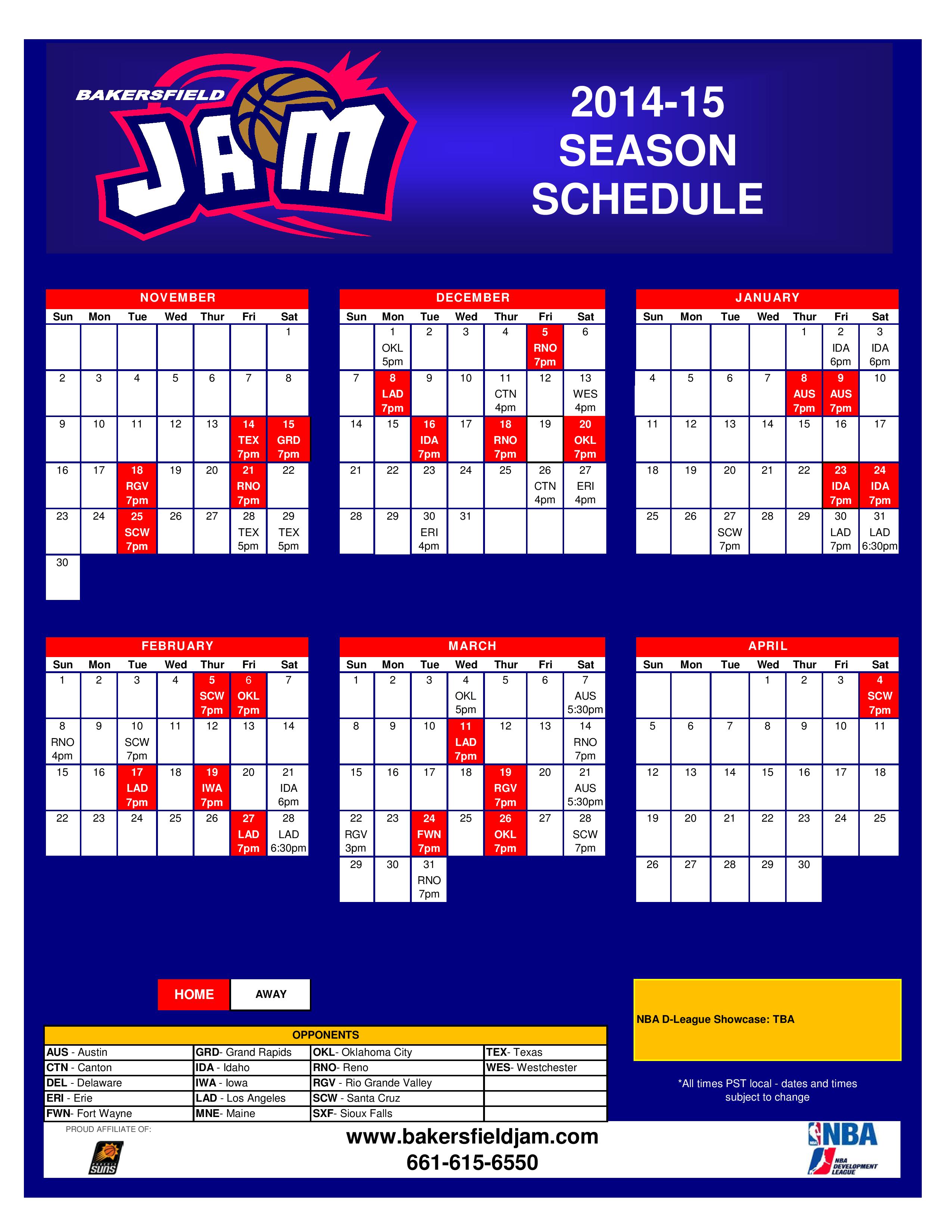 Conspicuously missing from this schedule are any games played at the Rabobank Arena, the larger, more accessible arena in downtown Bakersfield. In the past, the team had played a small number of games at the Rabobank Arena to attract local fans who cannot afford the very costly, very limited seats at the Dignity Health Center.

The team has a fairly easy schedule against the East. They play the Fort Wayne MadAnts, last season's champion, only once, at home, and avoid entirely the Sioux Falls SkyForce, considered one of the better teams last season.

The next major news on the Jam will come at the start of November, when the D-League Annual Draft is likely to occur. As that gets closer, we will provide more information.