The Phoenix Suns don't have any surefire stars, so they need premium performances from their role players. Brandon Knight has the highest expectations among the team's unknowns this season.

Share All sharing options for: Brandon Knight holds the key to the Phoenix Suns playoff hopes

Make no mistake about it: Brandon Knight is THE key to the Phoenix Suns season.

The Suns need Knight to embrace the shooting guard role, and become a scary second-option guard who feeds off the play creation of others and either fearlessly takes the open shot on the catch or aggressively creates action from the weak side when the primary play breaks down.

The perfect season for Knight and the Suns is 17 points per game on 40% three-point shooting while dishing 4-5 assists per game, pulling down 4-5 rebounds per game and finishing with a net-positive point differential on the court. All while playing off the ball more than 50% of his minutes, and without sapping any of Eric Bledsoe's own 17/5/5 output.

I know it's not all about Brandon Knight.

But those contingencies have a narrow gap between their ceiling and their floor. Tucker and Warren will make somewhere between 32-36% collectively on threes. Chandler and Len will, at minimum, provide solid deterrence and rebounding in the paint. Bledsoe looks like a lock to get at least five assists per game, which isn't awful if the rest of the team is passing it around like they did in preseason. Markieff Morris will score no less than 15 points per game, no matter how inconsistent he becomes, because he's simply the best PF on the roster. 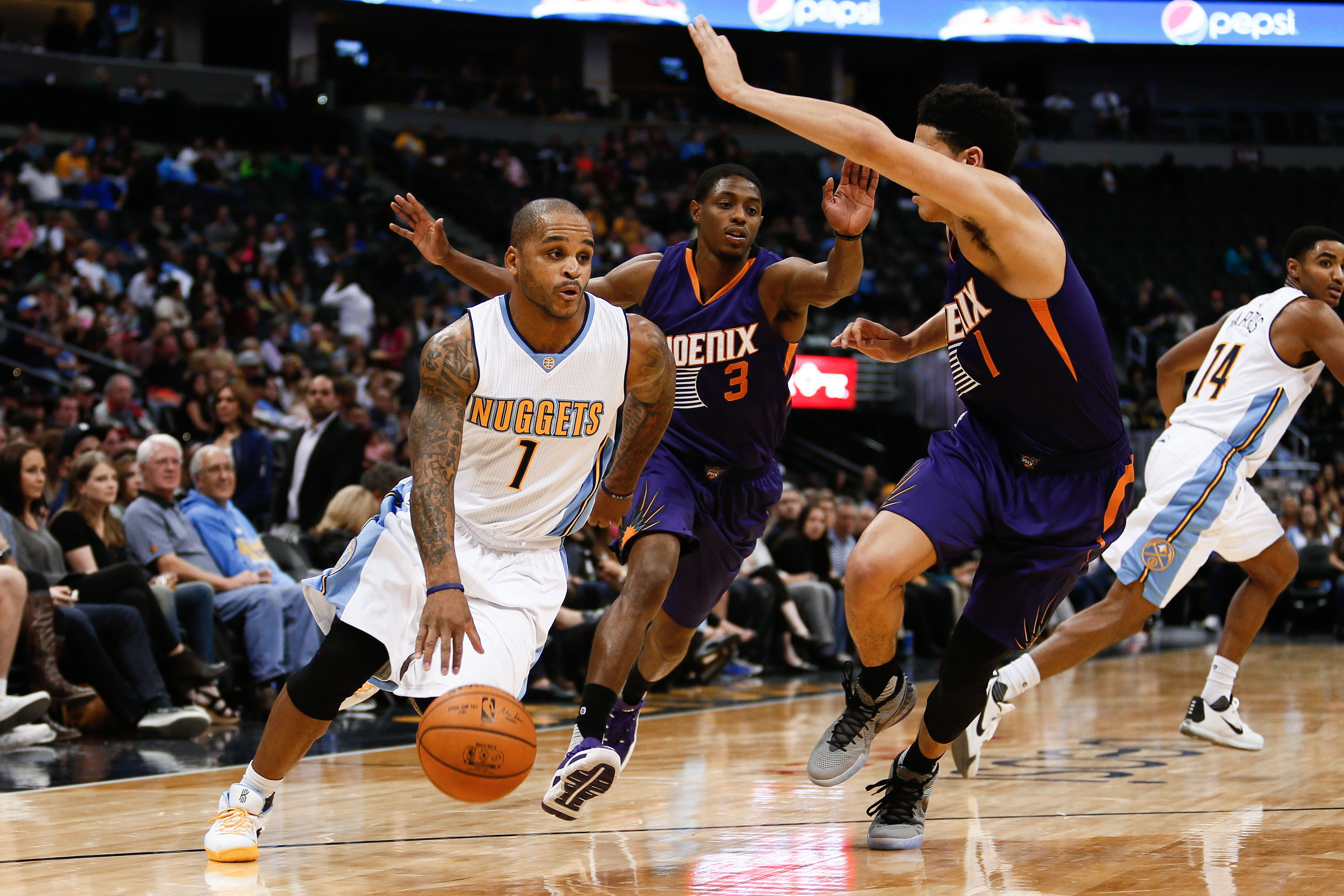 It's Brandon Knight's performance that is a complete unknown. He could post averages of 10-13 points, 3 assists and two rebounds per game this season (like he's done since joining the Suns). Or he could explode for a 20/5/4 average as a dead-eye shooter and secondary playmaker. All while playing 30-34 minutes per game.

The lower bound is already a reality. Knight scored 13 points and dished 3 assists per game last spring after the trade, and then put up 10 and 3 this preseason. Given 30 minutes per night, there's no reason to think he'd perform any worse than that. So let's call that his "floor".

The ceiling is more iffy, but we're talking about a guy who is still on the upswing of his career (he just turned 23 last spring) and was a 17/4/3 performer the past 1.5 seasons in Milwaukee. He's already got an expectation to continue producing those numbers. Just a bit of improvement in efficiency could bump him into the 20-points per game range.

But... he's being asked to play off the ball more about half the time now as the starting shooting guard next to Eric Bledsoe. Bledsoe is quiet, but he's the alpha when it comes to being the primary playmaker on the floor. Knight will be a second option, unless Bledsoe is resting. Yet, Knight has never consistently been a second option. Knight has shared time with other guards (Jose Calderon in Detroit, for one), but not for 30 minutes a game for an entire season.

It's possible that Knight will lose his edge, and just float along out there because he's constantly playing off the ball with the Suns best players. Then, when he finally gets to run point it's with the second unit, who all but Warren need someone to create most of their plays, he won't have that alpha mentality to spark the offense.

During preseason, Knight played the most minutes (25.6 per game) on the team. He was fourth in scoring (10.5) and second in assists (3.8), but he also led the team in turnovers per game by a wide margin (3.2). Historically, Knight has been one of the worst NBA point guards in terms of assists/steals ratio, and this preseason is so different.

It's okay if your shooting guard/backup point guard has a 1:1 ratio on assists/turnovers. What's more worrisome is that he never established himself as an alpha playmaker when he took over the point, even while Bledsoe missed half the preseason games.

If Knight fades into ignominy, and finds himself floating along at 10-13 points per game in December, the Phoenix Suns will not be anywhere near the playoffs. Sonny Weems is not a long-term answer at shooting guard, and Archie Goodwin and Devin Booker just aren't ready yet.

The Suns need Brandon Knight to be the very best version of himself, and they need him to do that while waiting for the ball to come to him.

If Brandon Knight is in the conversation for the All-Star game, or a Most Improved Player candidate, the Suns will likely be in the middle of shocking the league.