In a much more encouraging game, the Phoenix Suns beat the Utah Jazz 101-85 without Eric Bledsoe (rest).

Take your pick for which Suns big impressed you the most. Markieff Morris (18 points in 16 minutes) and Alex Len (21 points in 23 minutes) borderline dominated at points in this game.

With all his doubts in the summer and more importantly, a rough season last year, Markeiff Morris has been the big winner through two Suns preseason games.

Morris seems much more active, staying perked up on defense and hustling every time he needs to. For the second straight game he showed the ability to come from the help side and use verticality to protect the rim. That's never going to be a strength for him, but he's strong enough and athletic enough for it to be effective. He was still a half-step off on multiple possessions off the ball defensively, but that's always going to be a weakness for Morris. The key was his activity and as long as he's playing like that, it doesn't matter why.

Offensively, Morris showed an improved shooting stroke and that opens up a plethora of options for his game. As Jeff Hornacek has said plenty of times, Morris is one of the best passers the Suns have. That combined with Morris having just enough of a handle and a first step to take power forwards off the dribble is what makes his three-point shooting so dangerous. His finishing ability puts him over the top, as he made difficult finishes time after time off the dribble. There's also the way it helps team spacing, but it helps Morris himself immensely.

The other impressive big was Alex Len. With the way the NBA is, not a lot of teams have backup centers, let alone good backup centers. Len is going to be the better 5 on the floor nearly every night he's out there off the bench, so everyone is hoping that Len will try to dominate. He's looked to take that initiative, playing very physical and recording multiple and-1's in the first half. Like Morris, Len actually has just enough of a first step and a handle to take opposing defenders off the dribble. It's only from the midrange unlike Morris, but Len's shot looking crisp when he hit two midrange jumpers in this game really helps him and his teammates. 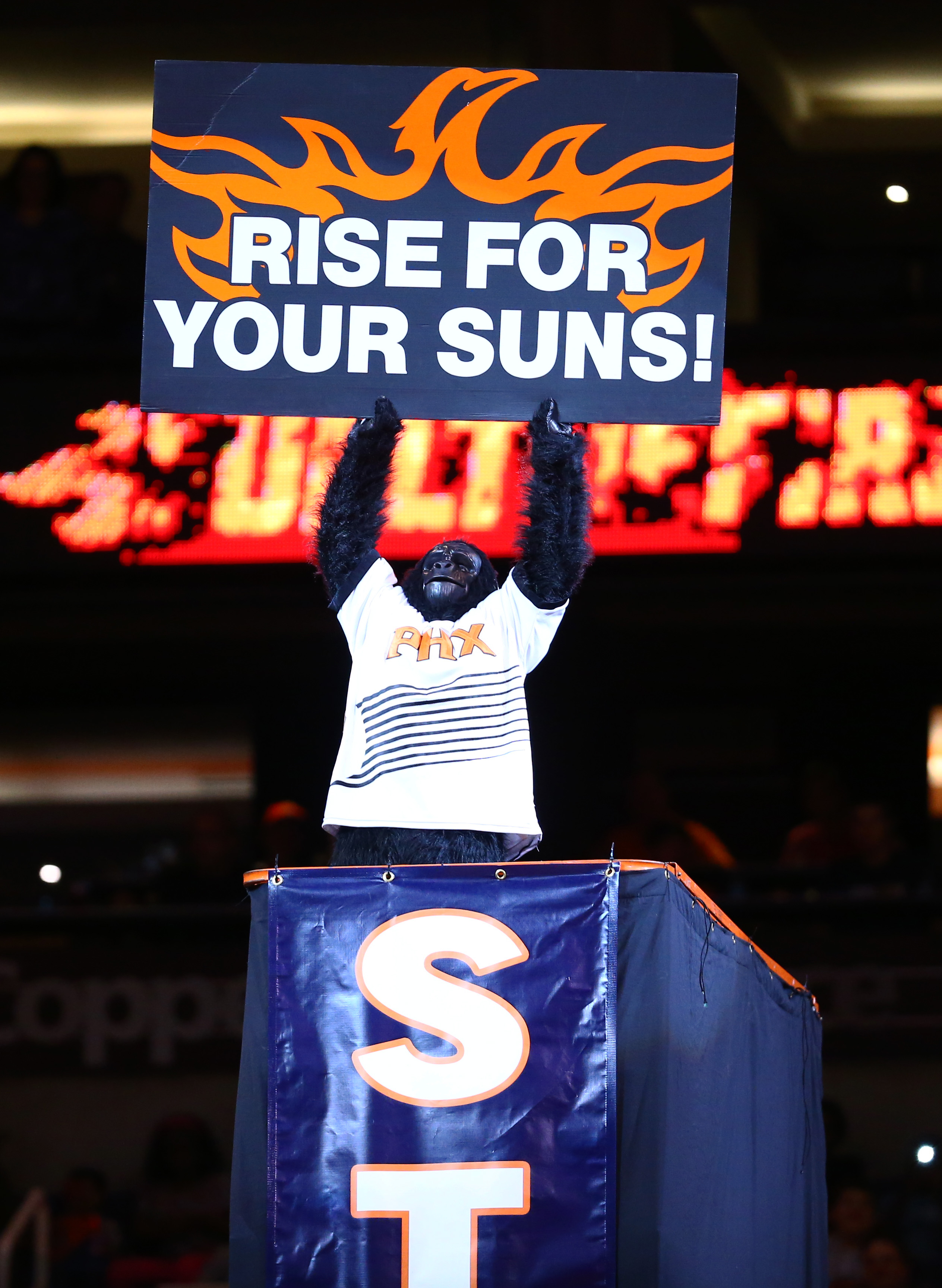 Give back! Donate to send a kid to their first Suns game!

As for the rest of the Suns, it was the preseason so we saw a lot of variation in minutes and level of play. P.J. Tucker didn't even check in until the second quarter, but he played the 4 really well defensively, looking even stronger against a big dude in Derrick Favors. Archie Goodwin had some very good drives in the third quarter, but had a little bit too much tunnel vision when he started to get the ball later on. T.J. Warren was the typical Tony Buckets factor, with smart cuts and getting out in transition. One thing to note is that this is the second straight game we saw Devin Booker at the 3. Sonny Weems seems to still be adjusting to the NBA and it's way too early to say anything more than that. He did have this sweet jam though.

The next preseason game for the Suns is on Tuesday at home against the Houston Rockets at 7:00 p.m.