Somehow, I overlooked Tyus Jones when I listed those top available prospects who had not yet made it to Phoenix for a predraft workout. I just assumed that he'd visited, since the Suns have made it their business to draft pass-first point guards in recent years.

Opinions are mixed on Jones. He profiles almost exactly like Tyler Ennis, who the Suns drafted last year (and later traded), which means he could be a good player or could be a career backup. Or both. 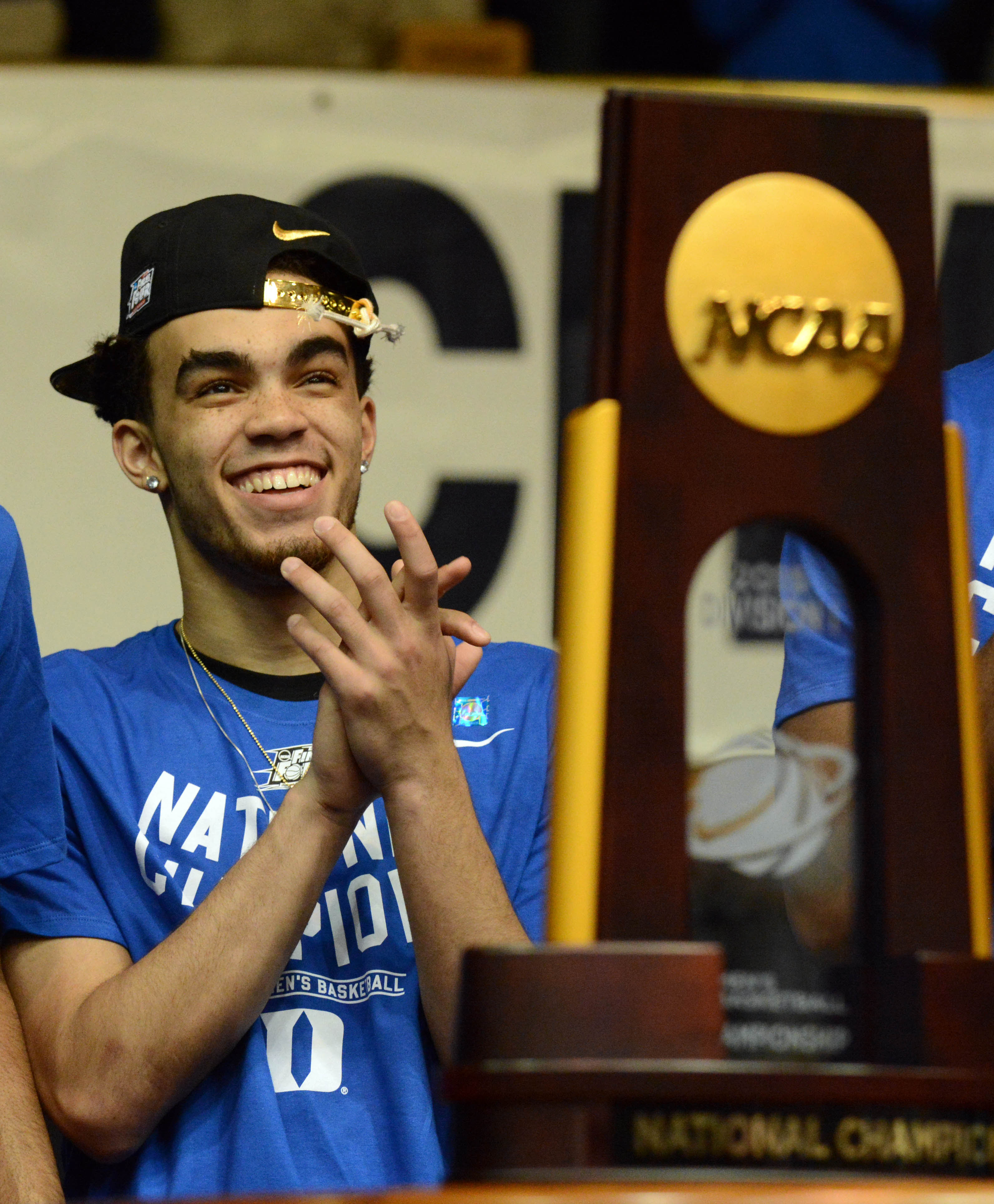 So it's in the Suns best interest to see first-hand what Jones is all about.

The Suns have already worked out 80 players, and it's only a 60-player draft for all 30 teams. But first round prospects PF Myles Turner, PG Cameron Payne and PG Tyus Jones, all potentially on the board when the Suns pick 13th overall, have notably not made it to the valley for a workout in front of Suns brass.

Even so, the Suns just announced three days ago they had no more scheduled workouts, and were ready to make their lists, check them twice and turn their heads to upcoming free agency.

Now, it appears Jones it heading to the valley five days before the Draft.

For a proper workout in the setting the Suns like, you can expect five other prospects to attend as well. Another point guard, a pair of wings and a pair of big men.

Some might be local fill-ins like Bo Barnes, who was called two weeks ago to fill in for an injured prospect and needed only thirty minutes to get to the gym.

Some might be other first round picks who have yet to visit, like Myles Turner or Cameron Payne.

Or, the Suns may use this opportunity to return a player or two they like for a second workout to match up against different players. Which in itself could be telling, or could be a smokescreen.

Either way, it appears the Suns will do their due diligence on point guard prospects once again this year.