Share All sharing options for: Phoenix Suns promise to "be aggressive" going after top free agents this summer

While the Phoenix Suns don't have quite as much spending power as they need at the moment, GM Ryan McDonough still plans to go after the top available players.

"We are going to be aggressive going after all the top guys," Suns GM Ryan McDonough said in a wide-ranging interview with ArizonaSports.com on Friday morning' Doug and Wolf show.

Further quotes in this article from McDonough all came from that same radio interview.

With the addition of Jon Leuer, who apparently was acquired to be kept for the 2015-16 season, and Devin Booker at #13 overall, the Suns have just over $12 million in cap space to spend.

Jerel McNeal's deal is non-guaranteed for next year, if he's released by mid-July. Leuer's becomes guaranteed on June 29.

However, that doesn't mean those three guys are gone. You don't have to renounce them until you need the space. So saying "$12 million to spend" means you CAN make that space available if a good free agent says "yes".

Ranking all the free agents 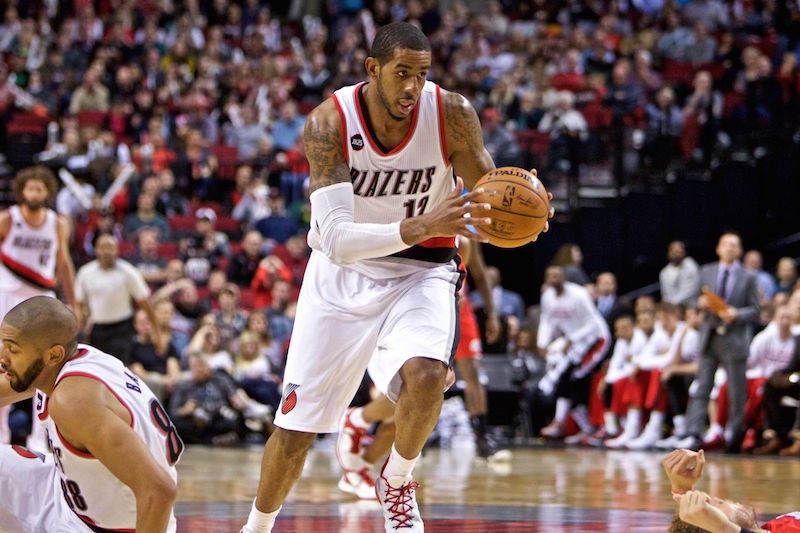 But even then, $12 million isn't a lot to spend when a guy like Wesley Matthews reportedly wants $15 million a year.

And, that's not quite enough to get the top guys. Kevin Love and LaMarcus Aldridge, for example, will demand a about $19-20 million per year to start.

But of course, as McDonough said it, the Suns always have "the ability to create more cap space if we want it."

Well, they'll have to create another $8 million in space to sign Love or Aldridge. But July 1 isn't necessarily about having the cap space right then. If Aldridge or Love begin to lean toward the Suns, then it's certain they will give Phoenix a couple of days to make the room.

Would the Suns consider straight dumping of salary this summer in an addition-by-subtraction move to rid the team of their troubled players?

"The theory makes sense," McDonough said. "But at the same time talent wins."

He recognizes that some of his players had a rough year on and off the court, and that they will need to make changes, but he's not ready to move on.

"When you make short sighted decisions like that," he explained. "To give away players for behavior that we believe is correctable, those are the ones you tend to regret over time."

So there won't be any salary dumps, per se, but what if they just need to make room to improve the team overall and bring in Love or Aldridge or anyone wanting more than $12 million? That's when salary dumps might come in to play. Not just to do it, but to do it for a purpose of improving the team.

You don't want to continually have full roster turnover though.

The Golden State Warriors built their team over a six-year span, starting with Steph Curry and built a great-amount on the 2012 draft that brought in Harrison Barnes, Festus Ezeli and some guy named Draymond Green.

Since the end of the season, the Suns have said that they need shooting. Ideally, that comes from the wing players and a stretch-four. While Jon Leuer is a stretch four, kinda, he's not going to push the Suns to the playoffs. Neither is 18-year old Devin Booker.

So the Suns will enter free agency looking for shooting.

"It's something we will continue to look at in free agency."

McDonough also mentioned adding a few more veterans to the mix to "balance out the ages" on the roster and add more leadership.

All of this requires SOME roster turnover. Since the Suns now have 11 guys on the roster, plus Brandon Knight once he signs, there isn't much room for a free agent shooter to fit in.

There's basically an opening right now for an All-Star caliber big man to start at PF, moving Keef back to the bench. Or a rotational big man who can play both center and forward to back up Len and Morris and provide deep shooting while he's out there.

But if the Suns want to add shooting on the wing, they will have to do it at the expense of a middling depth chart over there right now. Assuming Bledsoe/Knight share the back court, the shooter has to be a small forward. With T.J. Warren having so much promise, that's likely P.J. Tucker or Marcus Morris or both that have to move aside for a wing shooter to get major minutes.