Each June, the SB Nation league managers undergo a really fun, yet taxing, mock draft using the same rules available in the real draft, which will take place on June 25.

We don't just draft a player at our slot - #13 for the Phoenix Suns. We can make trades too, as long as they fit within the rules of the salary cap. For convenience, we can have a trade consummate after the new league year begins (July 11) to match salaries as needed.

What makes the draft so fun and frustrating is that other teams' GMs, gasp!, don't really care if the Suns make out ahead in the deal or not. What sounds like a fair trade to me often makes little sense to the other team. Every team overvalues their own players, and undervalues those from another team.

It's not like just assigning a GM to a team from among your fanbase, or even to a casual fan of that team. We are assigning GMs who cover their team 365 days a year, have watched every game for their team for years if not decades. They don't go for one-sided trades. In fact, they often don't go for anything because no one offers what they consider a fair trade.

That's what makes it so much like the real thing. At least, I think it does.

In the past two seasons, I've had mixed success with this process.

Getting Gobert, Knight in 2013

In 2013, I made a series of trades just because I wanted to dramatically shake up the roster on draft night. After picking Victor Oladipo at #5 (win!), who didn't actually fall that far in real life, I acquired the #10 pick for Gortat and drafted Rudy Gobert (win!). I then swapped Jared Dudley for #20 and took Jamal Franklin (who?), and finally swapped Kendall Marshall and the #30 pick for Brandon Knight and the #37 (win!). To make trades work, I also picked up Rip Hamilton and Joel Freeland. 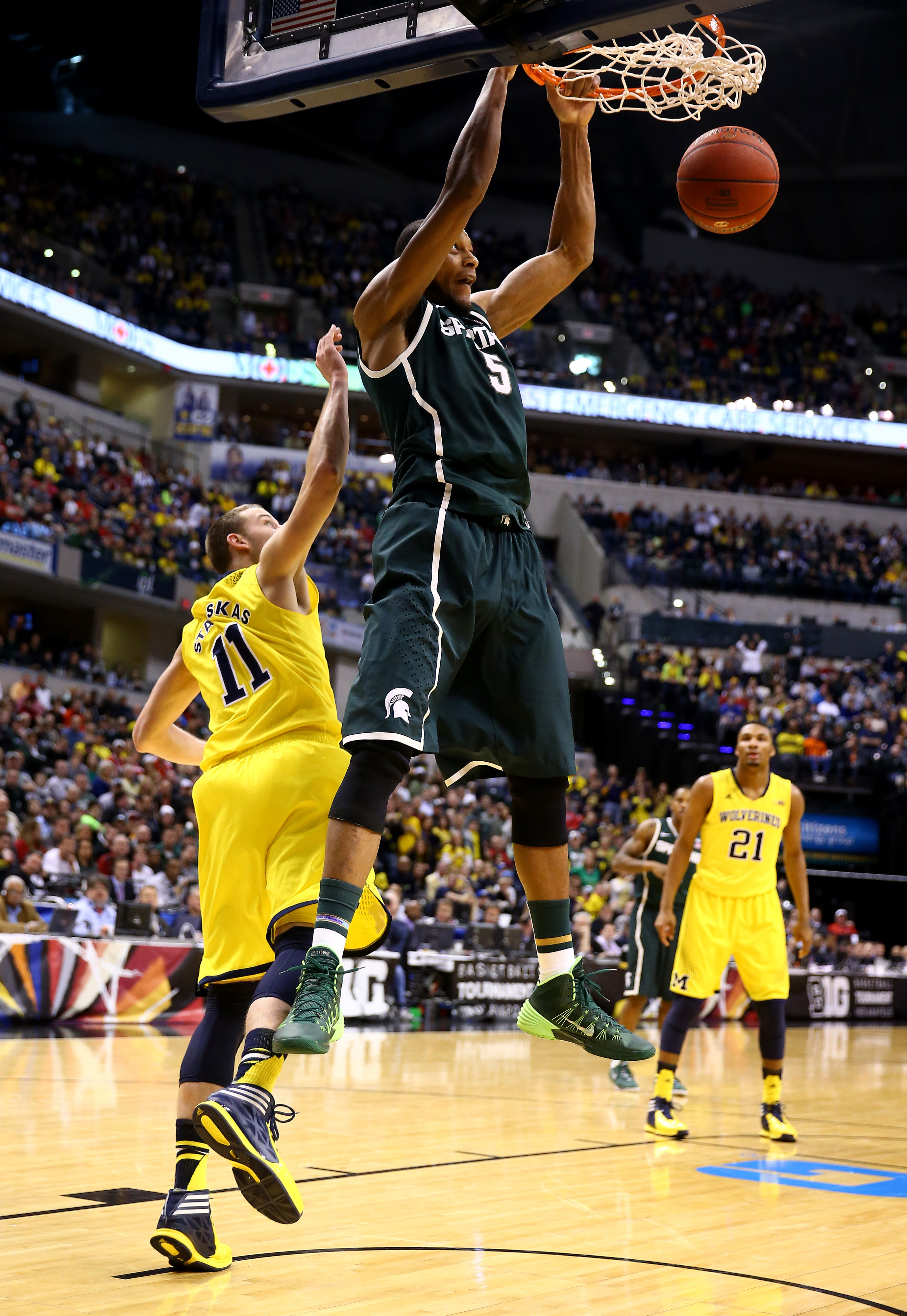 Suns get Stauskas and Payne

The 2014 Mock Draft was not nearly as successful. We tried to trade up, but had no ammo. Goran Dragic was deemed untouchable and Eric Bledsoe was a free agent. None of the other Suns were seen as prime trade targets. So we stayed at #14, and barely moved up from #18 to #13. As a result, we took who we collectively thought were very good prospects - Adriean Payne and Nik Staukas - to add to the rising Suns. We later added Jordan Clarkson at #27 after being unable to swing a good deal to trade out. Not a resounding win, but a win nonetheless.

Of course, neither Payne nor Stauskas had a good rookie year and both were (reportedly) on the block at some point. Payne actually was traded, sent from high flying Atlanta to low flying Minnesota. Clarkson made the All-Rookie team and has a pretty good future in the league.

The Suns, for their part, took promising T.J. Warren, trade bait Tyler Ennis and future asset Bogdan Bogdanovic. Not a ton better than I did, but a little bit. I think Warren has a bright future, as does Bogdan. And hey, Tyler Ennis helped finally acquire Brandon Knight.

Ah well. Maybe this year will be better for the Mock Suns!

The clock starts running tomorrow. A pick every 6 hours, max. No one in the top 4 are moving much further than amongst themselves, so I don't see how the Mock Suns can trade into the very top of the draft.

As with every year, those in the 5-10 range are willing to deal but only if they get something good back. I'm looking to get into that range, at least the 5-8 range anyway. Depends on how the draft falls.

Post me your trade ideas to get the Mock Suns into the 5-8 range, or to drop down lower in the draft for a veteran or future asset, and I'll float the ones that make sense and won't get me ignored or laughed at.

The draft is private until its finished, so I can't keep you posted as it goes along. I'll be employing my 15-man front office along the way, so hopefully we can make much good changes to the team.

Your turn will be coming soon! We will host the annual BSotS Mock Draft next week. Once I get a volunteer amongst the staff to run it, we'll get the posts up to claim your team and start your negotiations.

Expect that to start the week of June 15.