When the Phoenix Suns and Robin Lopez were set to part ways in the summer of 2012, turning the starting center spot over to Marcin Gortat, the team executed a sign-and-trade to get Lopez a good salary ($5 million per year) on a new team while bringing back Wesley Johnson and a future first round pick.

That future first round pick was the prize of the trade, but the Suns were fortunate to get anything at all out of the deal since Lopez wanted to leave anyway and the Suns would not have matched an offer. The pick from the Wolves, via New Orleans, was mostly lottery protected, but Kevin Love was supposedly poised to carry the Wolves to the playoffs. If that had happened, or if the Wolves had even mustered 45 wins, the Suns would have nabbed a mid-first pick for the outgoing Lopez.

But alas, Kevin Love got hurt in 2012-13 and then couldn't push the Wolves over the hump in 2013-14 before being traded away, and the Suns never did get that first round pick.

This January, they decided to hand the dice over to the Celtics, trading the rights to the pick - which by 2017 will turn into two second round picks unless the Wolves make major improvements next year - for backup forward/center Brandan Wright. 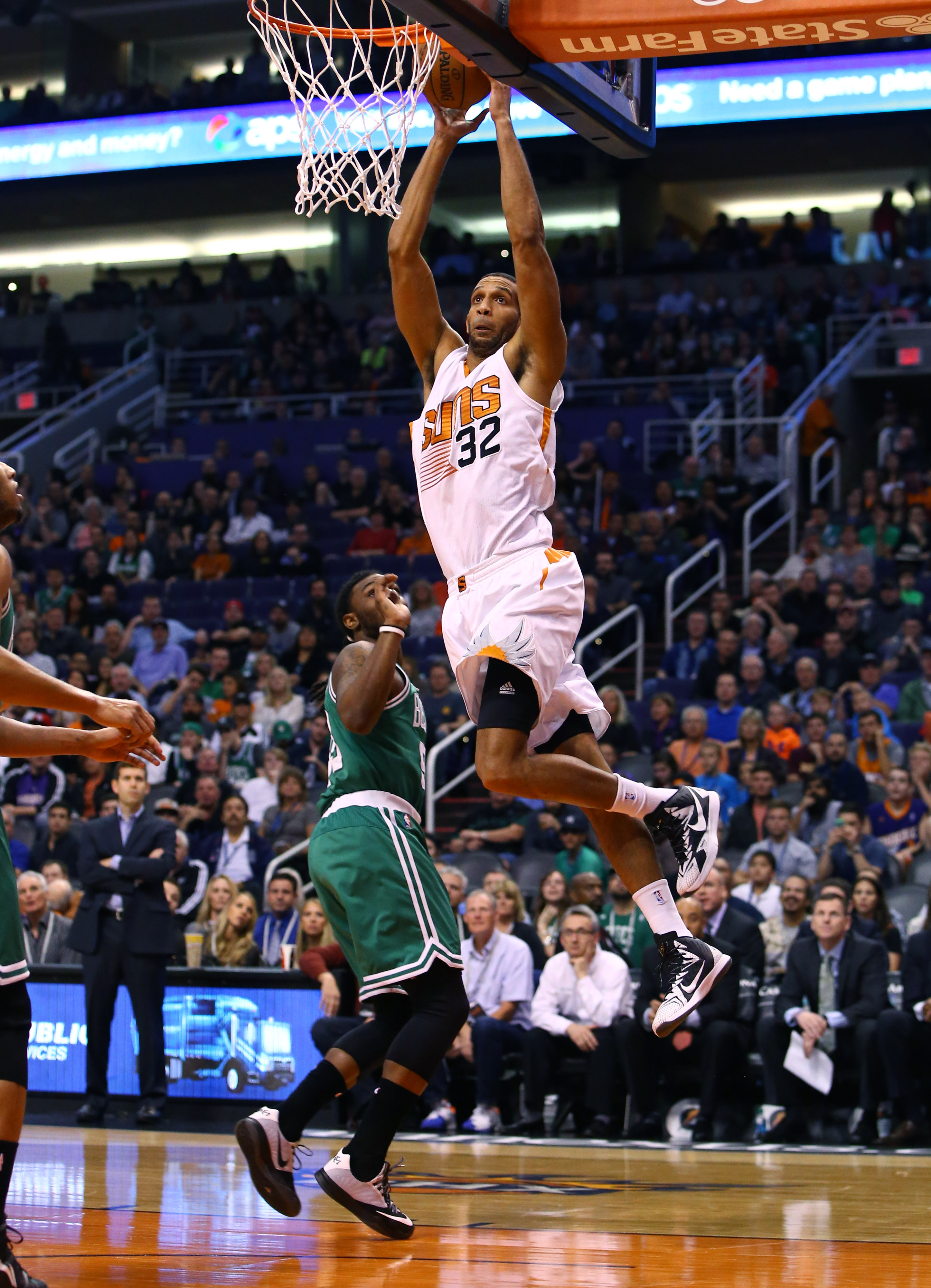 Wright was a very good addition, averaging 7 points, 1.2 blocks and a career-high 4.9 rebounds in just 21 minutes per game for the Suns over 40 games, including 7 starts.

At the end of the year, he talked about adding some needed veteran leadership to the Suns in 2015-16 if he re-signed, but the Suns opted for Tyson Chandler instead. Chandler is a more vocal person in the locker room and on the court.

This is the second, or third, time Wright has been pushed to the side by Chandler in his career.

While the Suns picked up Jon Leuer on draft day and then Chandler two days ago, the Grizzlies turned around and gave Wright $6 million per year to join their front court behind the soon-to-be re-signed Marc Gasol.

Wright exit closes the door on the Lopez trade, who just signed with New York for $13 million per year himself.

For a free agent who was about to leave anyway, I guess that's better than nothing.

Goodbye Robin Lopez. Good luck in New York with your $13 million per year. We'll always miss the hair and the scowl