What you don't know about new Suns PF Mirza Teletovic

Share All sharing options for: What you don't know about new Suns PF Mirza Teletovic

The Phoenix Suns agreed today to sign Mirza Teletovic to a one-year $5.5 million contract. Teletovic is a stretch four with toughness and rebounding ability who is recovering from a blood clots issue this past season.

The Suns were widely praised for the move by the national media.

Classy move by Billy King and the Nets letting Teletovic become a UFA. In between RFA are in a tough spot.

Considering that stretch 4's have been getting 8m per. Getting Teletovic at $5.5m is a steal. Stretch 4 are hard to find. RFA hurt his value

Like Teletovic with Suns. They need both shooting and depth at PF. Teletovic also in my potential FA steals column: http://t.co/etMhLHwknE

This video made my pants fall off. Look how quickly he releases! Mirza Teletovic Career High 34 Points BKN@DAL - https://t.co/4LxS3so8xb

I checked in with the editor of NetsDaily.com, a really cool SB Nation site for the Brooklyn Nets. These guys cover the Nets like brown on brown rice or white on white rice (being politically correct here).

Teletovic is one of the best "practice" pure shooters in the league. Problem is, he's not consistent in games. When he's on, though... Dude can shoot.

He's tough as hell. He had a hard foul on LeBron in the playoffs two years ago. LeBron went after him, he just stood there grinning (sorry, I'm only on my phone but you have to look up "Mirza LeBron fight" on YouTube).

In the locker room, one of the absolute nicest guys in the league. Language barrier not a huge issue, and while his teammates love him, he typically sticks to himself. But well liked otherwise. Plus, he reads our stuff and retweets us a ton on Twitter.

In Mostar, where he's from, he's a GOD. They love him there. You'll see you're Bosnian fan base rise big time. Big time.

Why the Nets let him go

He's coming off life threatening blood clots that kept him out of most of last season. When he returned he was... Ok. Probably not worth the QO. Or at least the risk. He's on thinners, he should be fine, but he had what Bosh had last year. I just think they were concerned with his return, plus to be honest he was never a favorite of Lionel Hollins'.

Overall, great shooter, tough guy on the court, kind off, coming off a tough injury, rebounding not great, defense good (hard player, again, not afraid of anyone) but not great.

Tom shared all that while on the commuter train in New York heading home. Thanks Tom! 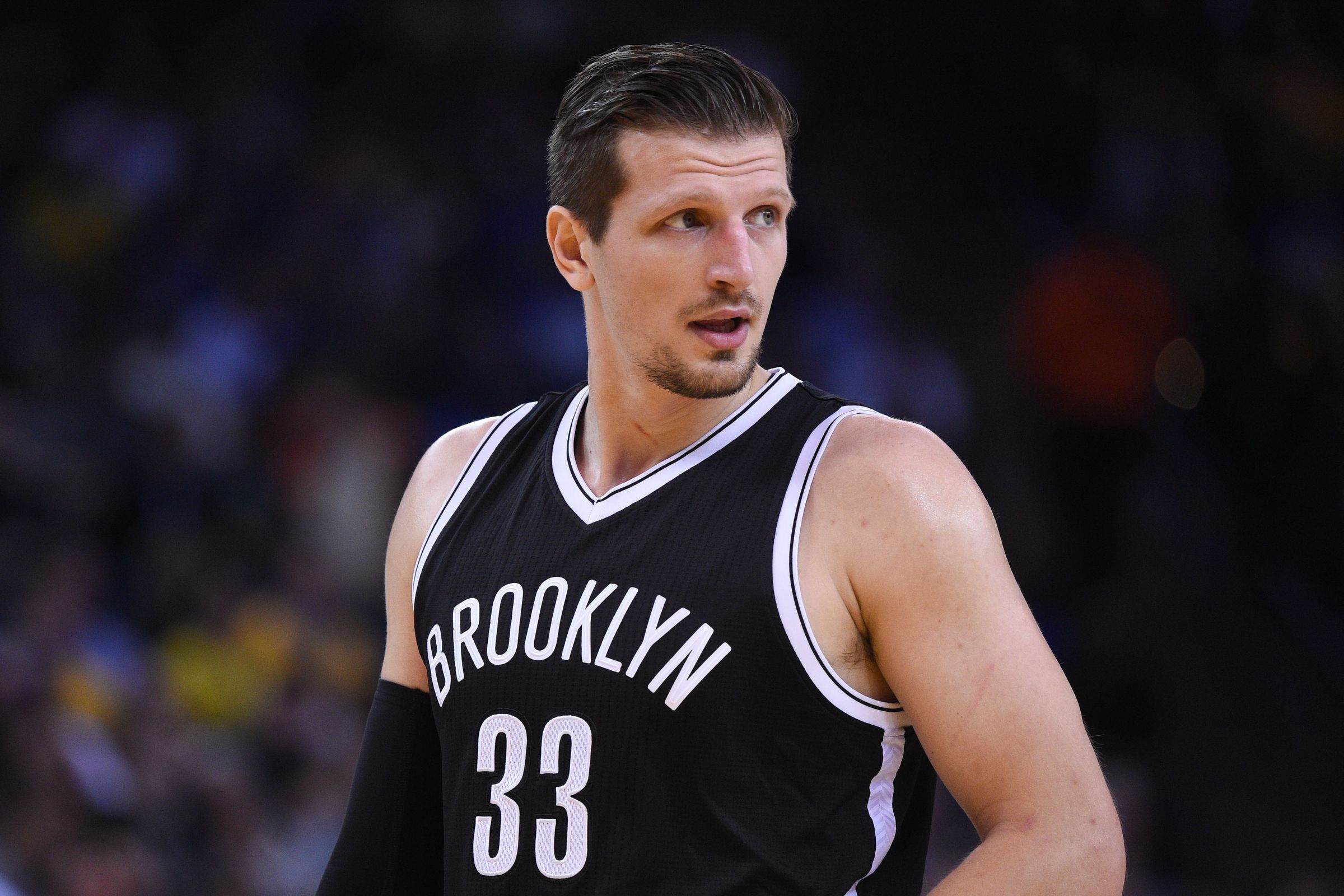 Teletovic's biggest issue this past year was the blood clots that Tom referenced. In fact, it's said that the Nets doctors were lucky to notice them, and that Teletovic might have died if they hadn't been found when they did. Teletovic later talked about the issue, vowing to come back strong.