Share All sharing options for: Marcus Morris tweets brother Markieff Morris "won't be there for long" with Phoenix Suns

You know how it is. You get on a rant, and then your social media followers push it to a whole new level.

There's a reason most celebrities don't engage their followers on twitter or any other social media. When you engage thousands of people at once, you're bound to get your buttons pushed by at least a few of them.

I'm blocking most of the Suns fans on my timeline most of them bandwagon any way . I still got love for some #foe

Lol why everybody tweeting me has 30 followers and there profile pic Is an egg? Lol I have no win

Which of course, incited a few of them, which in turn got Marcus all worked up even more.

Dam I haven't tweeted this much ever lol!! I'm done though have fun with your fun lives phx fans!! Not all though u know who u are #foe

John Gambodoro got into it with Marcus a bit, with them tweeting each other a few times in hilarious fashion. Gambo won that one with this final comment.

@MookMorris2 I was waiting to take you to the airport. The ride was on the house!!! pic.twitter.com/O5c2dmGnrb

@MookMorris2 When is the next court date? I can give you a ride then.

Keef on the move?

Marcus eventually got so worked up, he either blustered a little too far or let the cat out of the bag about his brother Markieff.

Later, he said it again

He concluded the day with a promise to see us all in November.

What does this mean?

Who knows what Marcus meant about Keef there. He probably just meant that Keef is still pissed off just like him, and that they are both calling the Suns clowns.

It could also mean that Keef, who hadn't yet spoken to the Suns as of a week ago, demanded a trade through his agent.

Morrii brought this on themselves 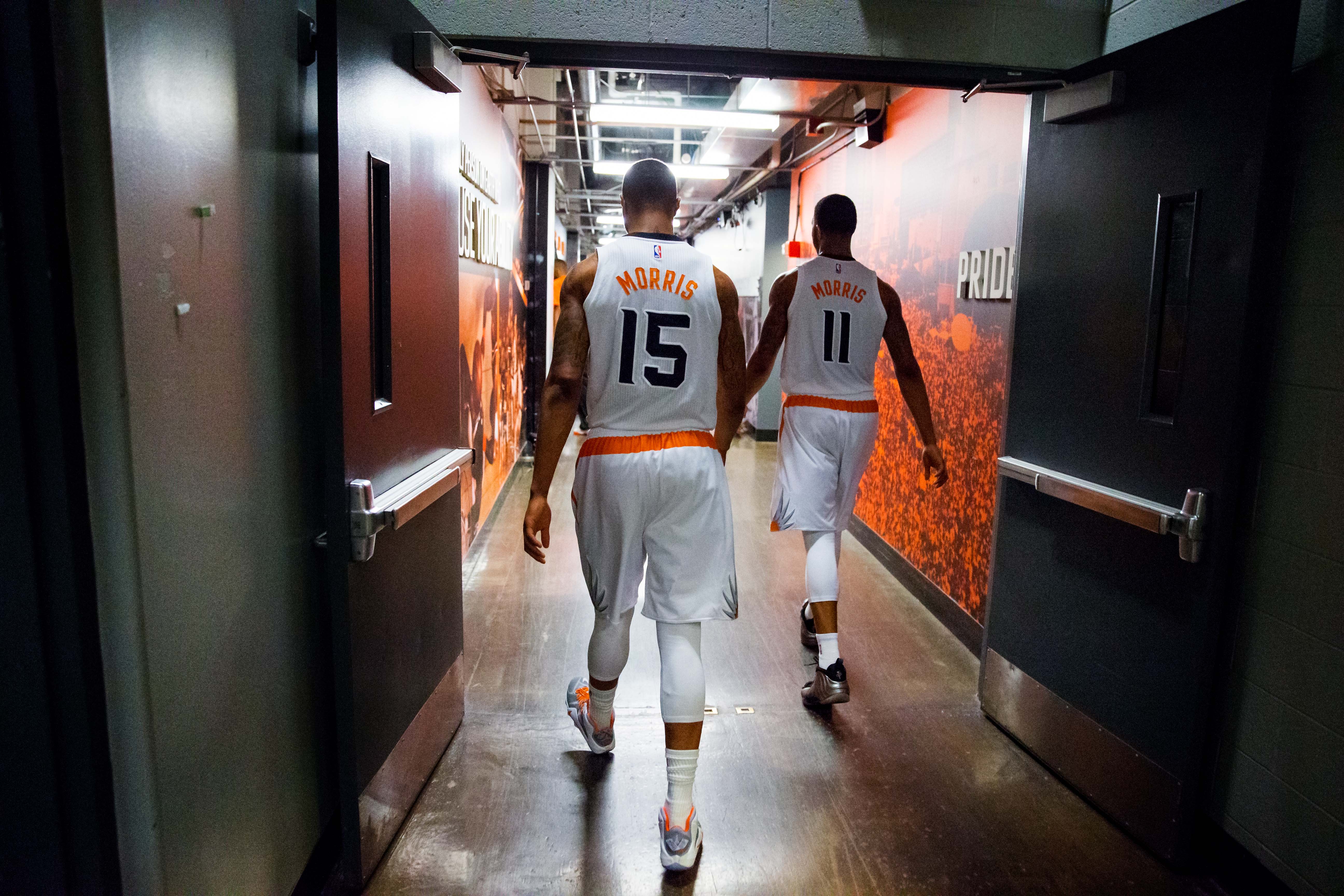 With fights, techs, benchings, the Morris brothers made this happen

But if you're a believer that smoke = fire, Marcus blew a LOT of smoke at us yesterday.