Markieff Morris reportedly wants "nothing to do" with the Phoenix Suns

Share All sharing options for: Markieff Morris reportedly wants "nothing to do" with the Phoenix Suns

At least the Morris twins have given us something to talk about through the summer.

According to a tweet from Burns and Gambo (98.7 FM), Markieff Morris is done with the Phoenix Suns.

According to @Gambo987's sources, Markieff wants out. He wants nothing to do with the #Suns. Won't talk to players or staff. #NBA

Markieff's brother Marcus Morris was traded in early July in a roster-clearing move and has proceeded since then to blast the Suns mercilessly both in interviews and through Twitter. Really it was only par for the course, as the twins have brought non-stop turmoil to the franchise since both agreed to four-year contracts worth a combined $52 million back on September 29, 2014.

Morris twins brought this on themselves

In the ensuing 10 months they amassed an obscene amount of technical fouls, publicly criticized the fans immediately following a home game in which the Suns managed to score only 24 first-half points, have been charged with felony assault, and Marcus even went the extra mile by screaming in head coach Jeff Hornacek's face during a nationally televised game.

These transgressions would be easier to stomach if the pair hadn't also suffered a decline in production since their breakout season in 2013/14. 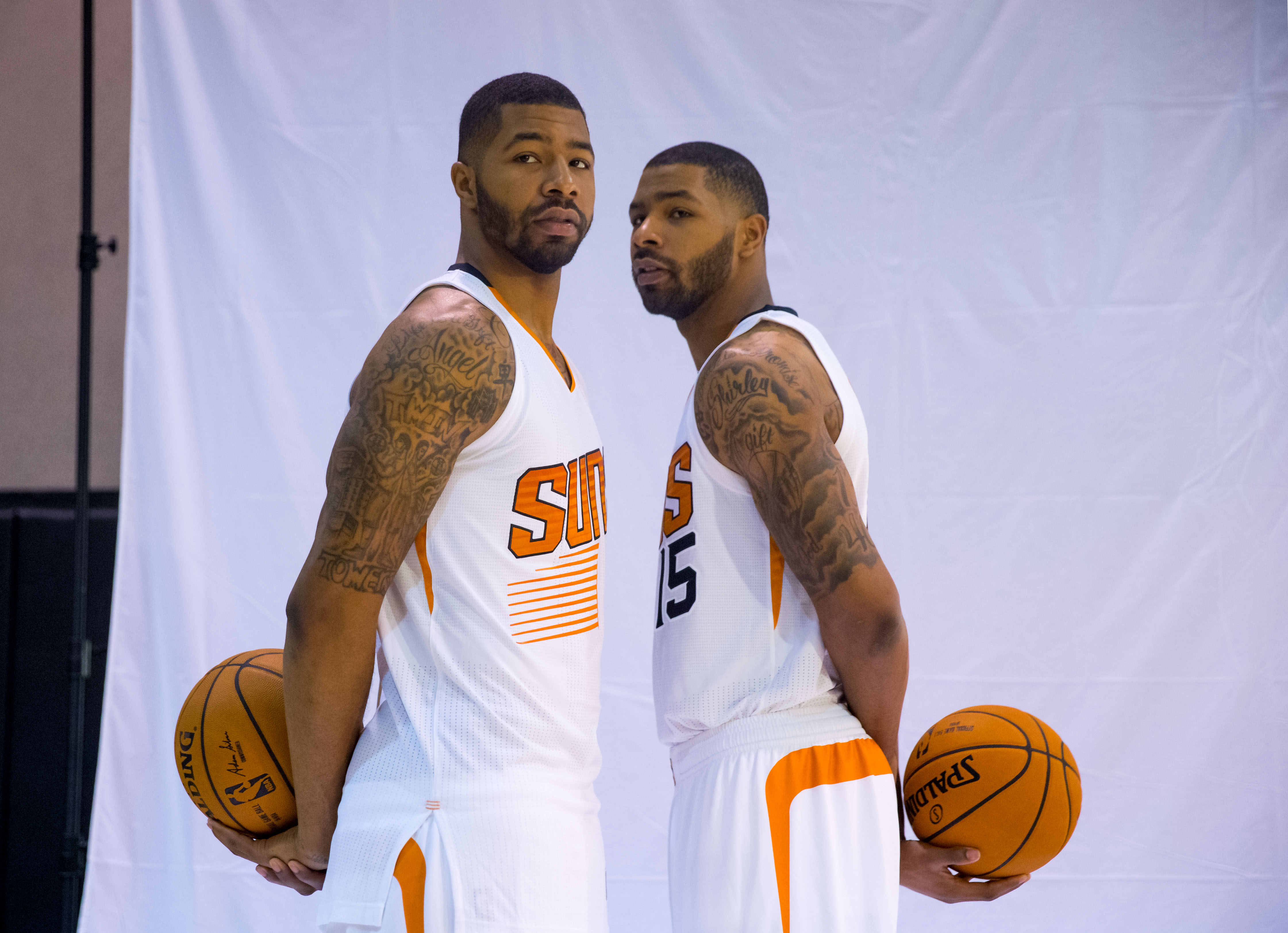 All this added up to an easy decision to trade away Marcus and free up valuable minutes for promising second-year forward T.J. Warren, and since then there has been deafening silence from Markieff. While most folks can logically deduce that the two were a poor influence on eachother's behavior, nonetheless it seemed inevitable that there would be some blowback after the pair were split.

Now for the mandatory grain of salt disclaimer: John Gambodoro is noted for having strong ties within the Suns' organization, but at the same time he isn't exactly Woj. It is a bit curious that he would be the one to break this news, considering that he has had public spats with both brothers. Gambo called out Markieff during last season for not talking to the press following his career-high scoring performance, and during Marcus's Twitter tantrum he had quite the petty (but very amusing) exchange with the now-former Sun (detailed here).

However, should the rumor be true, it would be yet another instance of entitlement from the Morris duo, who apparently took their contract extensions as a guarantee that they would never be apart again no matter how they behaved.

Markieff will be entering the first year of his four-year, $32 million contract in 2015/16, and might be too angry to realize that he doesn't really have a leg to stand on at this point. He is facing trial for felony assault that is slated to carry on through the majority of the upcoming season, and while he produced some big moments for the Suns, his per-36 numbers fell off nearly across the board.

The biggest problem for the Suns is that without Markieff, they would be out a starting power forward. With his considerable baggage in tow, finding a trade that would satisfy all parties would be a hefty challenge for GM Ryan McDonough.

Of course the easiest option would be for Markieff to put on his big-boy pants and play ball. He signed a contract, he's a grown man, and unless the Pistons are interested in repeating the Suns' mistake, he's just gonna have to move on without his binky.

Or perhaps the Suns need to bite the bullet and cleanse themselves of all things Morris twin before another season is poisoned.