We've chronicled the demise of the Morris twins in this space over the past year, but now we must look at the bigger picture of the franchise as a whole.

Share All sharing options for: Phoenix Suns Timeline of Self-Destruction goes way beyond the Morris twins

The downward spiral of the Phoenix Suns these past two seasons has been staggering to watch. Let's take a look at every major franchise decision since the magical 2013-14 now-too-short revival of the franchise.

Actual results were disastrous, and the coach was the first to go while the players fought through 82 of the roughest games in franchise history.

The Suns surprised the NBA by winning 48 games with a brand new mishmash roster that played well together, but lacked enough depth and top-end talent to make a real playoff run. Still, they had a smart young coach (2nd in Coach of the Year voting), smart young GM (2nd in Executive of the Year voting), the league's Most Improved Player (Goran Dragic, with several other Suns receiving votes), and an All-NBA player (Dragic), plus good young talent in Eric Bledsoe, Miles Plumlee, Alex Len, Archie Goodwin and lots of cap space.

The Suns thought maybe they could hit free agency big and skip the rebuild altogether. Eric Bledsoe and Goran Dragic had played well together (23-11 record when healthy) and thought the Suns would just add some better big men to supplement them.

Instead, after losing out on the biggest free agent names, they hedged their bets against losing Bledsoe either that summer or one of Bledsoe/Dragic the next summer by signing Isaiah Thomas, who didn't fit all that well next to Dragic or Bledsoe in a future starting lineup. Then they re-signed Bledsoe to a massive extension, giving them three starting quality PGs. What happened was a really uncomfortable situation for everyone where all three players wanted to start and none of them wanted status quo.

After a somewhat successful beginning at 28-20, it all melted down behind the scenes and Dragic (the only one without a long term deal) demanded a trade before the Suns FO even knew what was happening.

There were also draft picks involved in these deals. The Suns sent out the Lakers' lightly protected #1 pick (most likely to be conveyed in 2017 with Top-3 protection or 2018 with no protection), receiving first round picks of various protection in 2016, 2018 and 2021.

But the net, on-court result was replacing two high-quality guards with (at best) one. They went from one extreme to another, especially after Knight went down. All three players proved an ability to produce about 20 points and 5-7 assists in 30+ minutes, but Knight's numbers have been a lot more disappointing within those parameters than either of the other two.

The Suns' franchise record since acquiring Brandon Knight in this deal: 23-48

The Suns' record with Knight in the lineup: 17-37 (he missed 17 games after being acquired last spring, the Suns going 6-11 without him)

On the surface, this was a nothing deal. You replace a steady, all-around average backup player for a better shooter and rebounder but worse defender. Both are okay players in a rotation, providing skills to the lineup that help more than they hurt. And both make about $5 million per year.

Marcus Morris averaged 10.4 points and 4.8 rebounds in 2014-15 on 25 minutes per game for the Suns, while Mirza Teletovic averages 9.9 points and 3.2 rebounds in 18 minutes this season. If you balance the minutes, they cancel each other out on the court. Plus, moving Marcus made room for T.J. Warren to get significant minutes (11.2 points, 3.3 rebounds in 23 minutes per game). 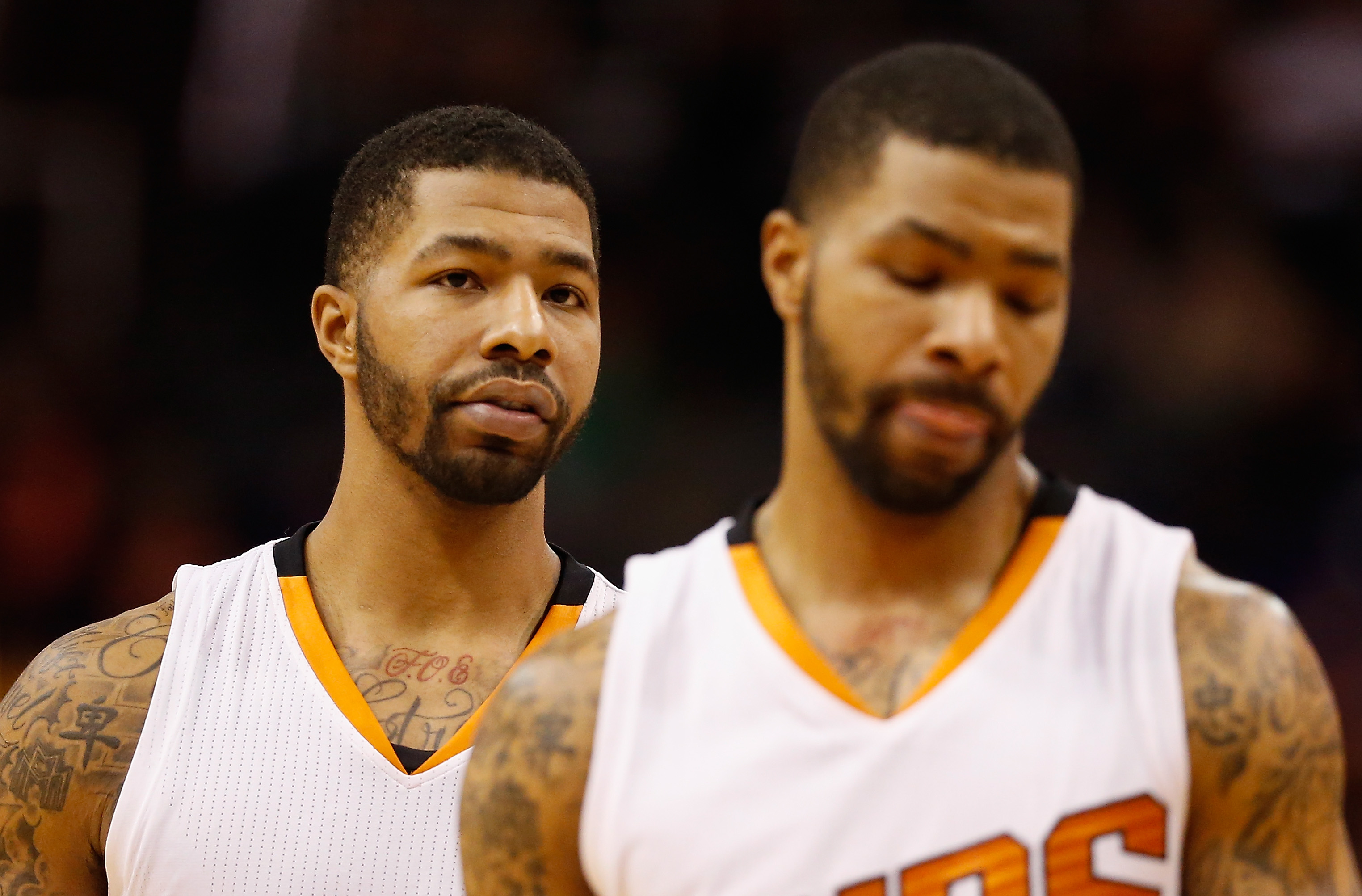 Detailing the awful year for the brothers

But below the surface, this move was a disaster. The trade royally pissed off the Morris twins and the Suns front office spent too much time getting defensive and fighting back. All of this led to a toxic summer that killed any potential momentum brought on by a new season.

The failure to follow up the Marcus deal with a Markieff deal was even worse. Quite possibly, this non-move might be the worst overall decision of the front office to date. While Markieff has been a pleasant individual on the surface, he's gone from being an example of moxie and confidence once relied upon by a young team to being made an example by the coaching staff of what happens when you don't put out maximum effort every night. Whether the Suns like it or not, the team tends to gravitate toward Markieff's presence. When he's focused, so are they. When he's not, neither are they.

Firing two top assistant coaches, but doing nothing else

Since doing nothing but firing their top two assistants in an effort to clear up communication between staff and players, the team has gotten even worse. The GM that had executed a dozen trades in two years has failed/refused to make a single trade since the Marcus Morris deal more than six months - and 30 more losses - ago. And coach Jeff Hornacek is forced to choose between handing over a million dollars in salary or swallowing his bile and showing up to work every day.

In the past three weeks since Hornacek has been forced to coach the players with two rookies as his top assistants, the team has not only lost 10 of 11 games, but the losses have been historically ugly.

The curious inactivity on the part of the front office these past weeks has been baffling. Making trades when none are obvious to make was the hallmark of McDonough's reign, so I suppose making trades when everyone knows you need one is the equal and opposite status?

Maybe McDonough and company see that both knee-jerk reactions and planned actions alike have snowballed into avalanches with each major franchise decision in the past year. Maybe those awful outcomes has McD and company hesitant to make another move that might be even worse.

When McDonough was hired, he said he's learned to be "unafraid" while working for trader Danny Ainge in Boston. Maybe McDonough needs to heed that advice again, and get off the mat to make another deal.

Frankly, it really can't get any worse than these last three weeks.