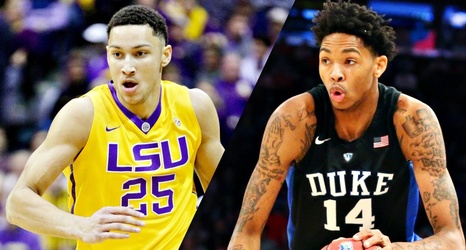 The Ones That Got Away...

This may seem like a glass half empty thread, but it's time to start accepting the inevitable reality that outside of a ping pong ball miracle the Suns will not end up with the 1st or 2nd pick in the 2016 NBA draft. In many ways this is absolutely another example of team mismanagement in my opinion. The Suns brass can't seem to pull the trigger on a re-build. They have teetered close; but alas have once again failed.

There are two trades that DIDN'T happen that are proof of this, the trade of P.J. Tucker and Mirza Teletovic. Don't get me wrong, I REALLY like both guys, and if the team were set up differently would absolutely want them as part of a championship contending team. The problem is, the Suns aren't a championship contending team, and in order to be one, need a legit star. That star is not going to come via free agency or in a trade. The Suns have tried both lately and failed.

Both Mirza and P.J. have value in the right situation, and I find it hard to believe the Suns couldn't find an equitable trade before the deadline for both that would have brought in future assets. Now we are left with two guys who are good enough to help win meaningless games that foil the tank (like last night against the T-Wolves), but who don't project as part of an all out rebuild. Mirza has said all the right things and fits well with the Suns style of play, but is he really going to re-sign after this year? P.J. has been a warrior and fan favorite, but isn't he really just eating up minutes on the wing that need to go to our young players who are the future of the team?

2016-17 will already be a much different year if everyone is healthy. Even if Mirza re-signs, and the roster stays the same, a healthy Bledsoe, Warren, and Knight along with the improved play of Len and budding star Devin Booker makes the Suns a playoff team in my opinion. What it DOESN'T make the Suns, is a championship team. The drop-off from Golden State and San Antonio in the West to...EVERYONE else is a chasm. I say again, PHOENIX...NEEDS...A...STAR.

So where do they go from here?

Phoenix will likely end up drafting 4th or 5th as I can EASILY see them winning 3-4 more of their 15 remaining games in which they play the Lakers twice, and Memphis & Minnesota again whom they just beat. In this scenario I can see Brooklyn who is AWFUL and in March has already lost to the Lakers, Sixers, and T-Wolves sneaking past the Suns for the 3rd spot which would then go to Boston who is currently the 3rd best team in the East. Most experts don't project anyone other than Simmons and Ingram as future stars, but history says otherwise. Guys like Chris Bosh, Dwyane Wade, Chris Paul, Russell Westbrook, Kevin Love, DeMarcus Cousins, Paul George, Damian Lillard, and yes Steph Curry have all been drafted 4th or later. So here's my question. Look into your crystal ball and tell me what player you think has the greatest chance to be a future star outside of Ben Simmons and Brandon Ingram. If the Suns draft 4th or 5th who do you hope they are able to get and why?