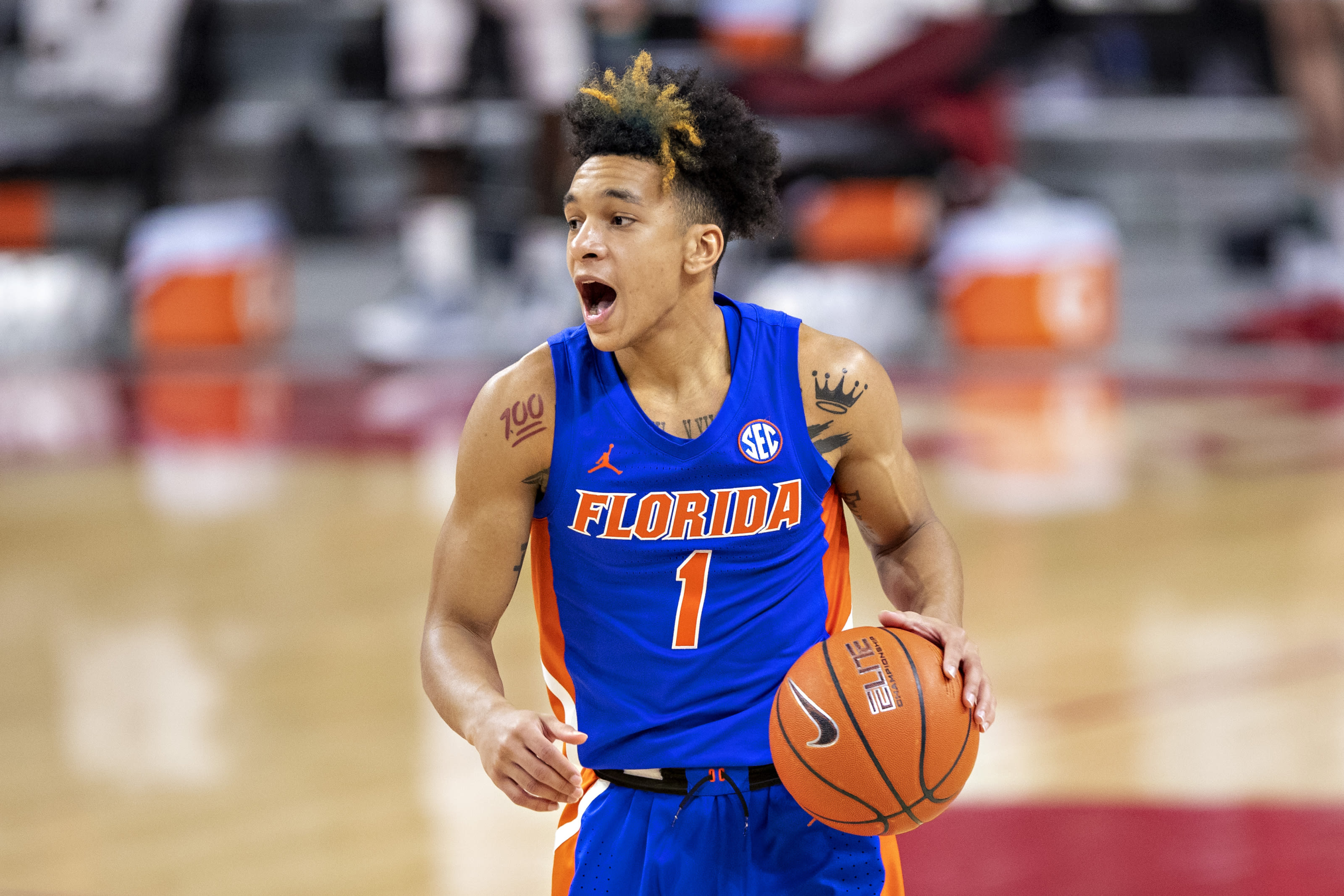 With their lone pick in tomorrow’s draft, The Phoenix Suns — if available — should look into drafting Tre Mann. A trade to climb up in the draft is almost inevitable, but if not finalized the Florida Gators guard is an undervalued selection.

The estimated 6’5" crafty scorer doesn’t shy away from pride. "I think I’m the best guard in the draft," Mann told HoopsHype reporters. "[I’m] top-five for sure." From his Junior to Sophomore years, Mann improved tremendously with the Florida Gators. Receiving extended playing time, Mann tweaked his scoring ability and shooting. From 5.0 points per game as a Junior to 16.0 as a Sophomore. Mann also strengthened his field goal percentage from 35.6 percent to 45.9 percent. With his length, Mann doesn’t shy away from crashing the glass, averaging 5.6 rebounds per game.

Mann is projected to be selected just ahead of the second round with a broad range in the 20s. The Nuggets, Suns, and 76ers are all top suitors. Mann has solidified himself as an effective ball handler and agile playmaker that any team could utilize off the bench.

Mann can be classified as an inconsistent shooter — particularly from behind the arc — but with his effort off the ball, he is capable of being a spot-up shooter. In his last season with the Gators, Mann raised to a 40.2 percent shooter from deep. He also has a lethal step back — creating defenders off guard — and persists on stretching out his three-point shooting. With a possible departure of a Phoenix guard this offseason, Mann is developed for a position on a contender.

Mann is restricted to what he can do defensively, but at 177 pounds, the guard can keep up with speedy opponents. Despite posting 1.4 steals per game, Mann lacks the capabilities to get his hands into passing lanes with one of the smaller wingspans in this year’s draft class.

I expect Tre Mann to fit well into the niche of a scoring threat off the bench for his first years. Mann also possesses the credentials to develop into a steady defender — distinctly following behind Chris Paul.